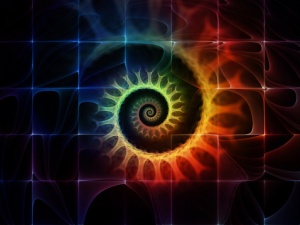 My mother always said, “Time Travelers are the cockroaches of the space time continuum.”

She should know. They love her. She hates them. I don’t blame her.

Mom is one of those scary alpha Vampires. She is always calm and collected without a hair out of place or a stain on her shirt (something I could never achieve.) She can put the chill of death in anyone but at the same time can seduce and charm like no other. She is a predator through and through.

That said, she has problems with Time Travelers. She attracts them like a possum attracts fleas. Moth to a flame. Freaks to her daughter. All the clichés apply.

Time Travelers are like those pretentious fools who show up at a Civil War reenactment or a Dickens’ Christmas Fair dressed in their Star Fleet Command uniforms (Spock and Kirk) expecting everyone to ohhhhh and ahhhh over them and tell them “You’re so smart. Your mother must be proud of you.” It is only fun for those in the wrong costumes.

Aside from inappropriate behavior, Time Travelers are usually dishonest and traveling with stolen technology. Honestly do you believe a man born in 1959 could have invented a time machine that works? He’ll tell you he did but he more than likely killed the original owner or obtained the machine through other dishonest means. More than likely the time machine wasn’t even from this galaxy (most aren’t).

I know this sounds far-fetched, but walk in my shoes for a 154 years and you’ll see a lot of things the average person would never imagine much less believe in.

Vampires don’t have a problems with the concept of time travel. It is the Time Travelers we don’t like.

Time Travelers, as a rule, come along never clean or dirty enough for the period, their costume and language always wrong, trying to blend in and trying to make things better or worse. Time Travelers think they have high moral compass and know what is right for everyone. They have no idea. There are the few honest historians of the lot…I take that back…the honest ones are only in fiction. The real Time Travelers are sick and twisted individuals who go where they aren’t invited and don’t care who they screw with.

They think they can meet Queen Victorian or Hitler or Cleopatra or Bill Clinton and change the world, or gain riches or power or whatever it is they’re after.

But sometimes I have to admit that I wonder about going back in time. I used to imagine what my parents were like when they were young, falling in love in the 17th century. I wondered what the elders were like 2,000 years ago.

Why mom, you and dad looked great in those clothes. How did you manage to get anything done?

I wish I could go back in time and change things with my kids a bit. At least this week. I wish my son had told me about the crappy teachers his sister was assigned to this year (first year of high school.) His excuse is that he had all honors classes and different teachers. I wish I could jump in some sort of space/time machine and see how he’ll do in the different colleges he has been accepted to. His first choice right now is a prestigious college on the coast where he wants to study Environmental Science and minor in Music. His best friend is also considering it. Considering it… the boys have it all planned out. I know it will be a good choice, the right choice, but I’m his mom. I have to make myself sick over these things.

It is all just a bunch of strange physics!

So the other night I was visiting with the Elders, Tellias and Eleora at their grand Victorian farm house. My mom had driven up from San Francisco (a city with a large Vampire population) for a visit.

She was curled up on the couch in the parlor wearing jeans and a deep purple cashier sweater set and pearls my father had given her at least 100 years ago. Her chestnut colored hair fell across her shoulders, which I could tell were tense. We look a lot alike except her hair is longer and her eyes are more blue, and she is beautiful in one of those stunning head turning ways.

Tellias was dressed in a black velvet smoking jacket and purple plaid pants. His white blonde hair was tied back today. He looked about 19 but he was well over 2,000.

My mother was complaining that she was getting no rest from the Time Travelers. That must either mean that something is happening, or about to happen or else they were just Hell bent on driving her crazy.

“I’m going to stop this nonsense once and for all,” she said with almost a growl in her voice.

Tellias furrowed his brow at her. “What are you planning on doing?”

“Samantha you don’t mean to…”

She smiled showing a bit of fangs. “What a tragedy it will be when two seasoned time travelers don’t return home.”

“Good idea,” I said. “Your grandchildren don’t need any crazies screwing up their future.” I thought they could do that all on their own. Then I turned to my ancient friend. “Tellias, when was the first time you encountered a Time Traveler?”

Tellias shrugged. “In Britain, when I was still with the Romans. When I was a Roman. They came in speaking their Catholic school Latin as if we’d understand everything they said, much less believe their ruse. Of course they didn’t fare well.”

“They had come to see the Romans in Britain and expected to find some simple folks hugging trees and a bunch of gladiators. Oh but the wonder in their eyes. It was far more complex and interesting than anything they’d ever imagined. We were all a lot smarter and sophisticated and free thinking than they were ever taught in their history classes. I warned them to stay near but they went off on their own. By the time we found them one had already been killed by the Romans for being a general pain in the ass and a threat,  and the other two were in bad shape. The woman ended up settling in with the Warlock next door. It was a strange sort of love at first sight situation. The man tried to make the best of it, but he died within a year of an infection related illness. His body couldn’t handle the grime of the time.”

He stopped then called into the next room, “Eleora, what was that Warlocks name we used to live next to, the one who married the Time Traveler?”

Eleora came out, rust colored curls flying around her head, “Her name was Tiffany. Tiffany Green. He was Hamon.”

“Whatever happened to them Eleora dear?”

“She died a few years later in childbirth. Tragic, tragic, tragic. I really did like her. I liked her a lot. She wasn’t like the other Time Travelers. Not so much the idiot. Not mean and stupid. I hear Hamon is still around somewhere. Hamon. Sounds like some sort of cooking term. Put the Ham on before you boil the water. Or an organ. Play some skate music on your Hamon dear and we’ll take a spin around the rink.”

“But,” I asked “Couldn’t you have turned Tiffany into a Vampire so she could have stayed longer?”

Tellias shook his head, “Time travel messes with your system. She would have died a rather horrible death if we’d tried to convert her, plus maybe lost her soul in the process. So no, once they’re here they’re well sort of screwed.”

My mother pulled me aside later and told me not to talk too much of Time Travel. She said it attracted them and worried others. According to her it is a nice idea in theory but the reality is so jacked up that nobody wins or really learns anything from it. I wasn’t going to argue. She speaks from experience.

So for now I’ll be happy to time travel in books and movies and walks among old places. I’ll speak with those who are older than me and hear the whispers of ghosts. I’ll have my own stories and ramble on about them (or just keep rambling…)

And I’ll look forward to the future – which I believe will be bright and full of wonder.

Note to my regular readers – this post kind of fell flat and didn’t meet my original expectations. I did not do justice to those I was writing about or … well, let’s just say my usual rush didn’t work for me this time. I  plan on rewriting this story later so that it will all of the details and feeling you deserve.

For more on my mother Samantha and Time Travelers CLICK HERE.

For a short story about Time Travelers CLICK HERE.

Another Note: I’m traveling this week – not time traveling, just traveling NOW, so this is a rerun from 2014, so I guess you could say it is kind of like time travel back into the not so distant past. Have fun. I’ll have new fun and nonsense soon.

And just for fun sing along…