I was at an Andy Warhol exhibit today and saw a Polaroid photo of a Vampire. Well, a guy dressed like a Vampire. You know what I mean.

From there I had to explain to the teenagers I was with all about Warhol’s Blood for Dracula and the handsome as can be Udo Kier. Lots of blood in that one. Lots and lots of blood.

Udo is beautiful isn’t he.

Frankenstein was great too. Wow. It has been years since I’ve seen his movies.

We went into a room called “The Factory,” where a lot of hipsters and yuppies were all playing around with colored pencils and cute stencils.

I drew something. The teenagers laughed out loud. And I left it there.

Later my husband said, “Jesus, Juliette, somebody is going to see that and be traumatized for life.” Maybe.

I looked at my darling husband Teddy and said, “My favorite was the portrait of Prince. He is almost as pretty as you are. In fact you’re prettier than Udo Kier.”

“Good to know,” said Teddy. “Maybe I’ll get cast for the next season of Penny Dreadful. But you know if we move to Alaska we could have our own show. Everyone in Alaska has their own show. We could be Alaskan Vampires.” 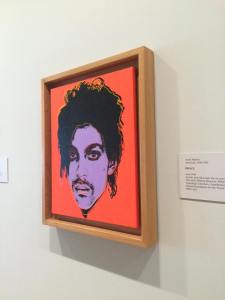 We had a lovely day. Our young teenage friend, who is also as pretty as Prince, had a beautiful drawing in a student exhibit at the museum. I was so proud of him. Warhol was great.

I told the kids to remember that art museums are my churches. That is where I have my religious experiences.

Oh so much more happened and I thought of so much more, but I’m just out of words tonight.  So you just got the silly stuff.