Looking out through the glass door in the wee hours of the morning I could see the Werewolf Moon.

My friend Adam, who is both a photographer and a Werewolf, had invited me over to his studio during the day to see some new work.

Before me were beautiful black and white portraits of people and their dogs in the summer heat. These were personal works for a gallery show with a summer theme. His own large German Shepard mix slept on the cool time of the studio floor. Not a breeze blew outside in the oven like air.

I looked at the cast on Adam’s left leg. He’d broken his ankle when he tripped off a curb while walking and talking with a client. On a good note he did get the $50,000 contract. On a bad note it was going to be a full moon and Adam, as you know, is a Werewolf.

“I’m stopping by the meat market on the way home, putting a six-pack in the fridge and kicking back with some movies. I can’t risk messing this up with a bunch of running around. You know how I get when I’m a wolf.”

He looks like the king of wolves when he transforms. Tonight he’ll make a partial transformation and just kick back. He once told me that it would be easy if all Werewolves could just go up to the mountains or other remote areas and run off the full moon as magnificent four legged beasts, but they can’t. They have lives, and jobs and pets and even children they have to take care of. Few have the luxury of taking off every full moon. Then there are broken legs. A wolf with a broken leg is a sad thing indeed.

So as I looked out the window at the Werewolf Moon I thought of Adam, kicking back with his dog, a six pack of microbrew ale, maybe his Werewolf girlfriend Brandy, and a movie. I hope it was a romantic comedy or maybe American Werewolf in London – just for old times sake.

Note: For more on Werewolves, do a search on this blog or click on the links in the post above for other random posts concerning Werewolves. 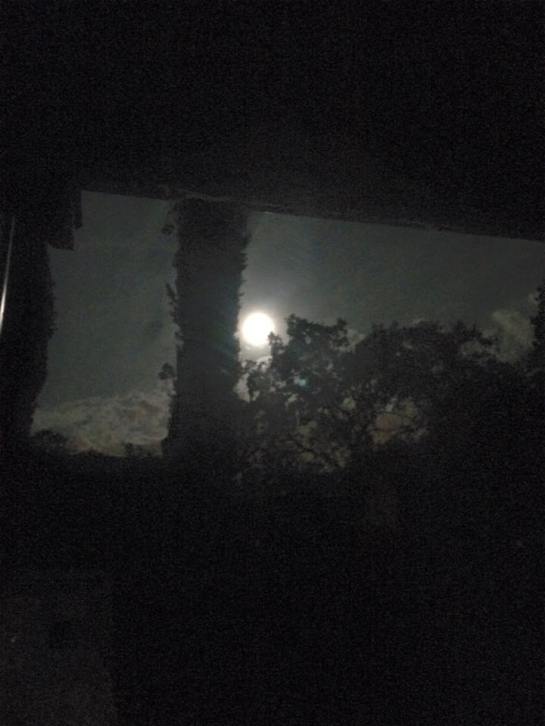