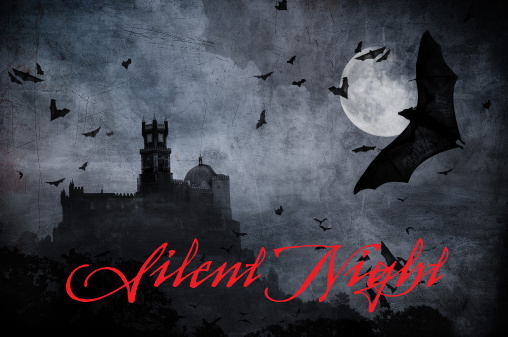 Silent Nights – Don’t forgot those who are easily forgotten

I made it out to the farmhouse, just outside of town. The lights were off but I knew they were at home. Sometimes they forget to turn the lights on. Sometimes the heat.

The place smells of moth balls, dust and garbage that should have been taken out a week ago. The smell is bad but at least the house looks clean. There aren’t any signs of hording. No signs of anything.

I brought my kids and my brother Max. Max hates going over there but I drag him anyway telling him that it is the right thing to do.

They sit in a small den off of the kitchen watching an old movie – The Bishops Wife. They’ve seen it 100 times and sometimes they’ll watch the same movie every night for a week. They’re on the couch wrapped in a blanket. She has on a red sweater, the one I got her last month on a trip to Target. She was so excited to have something new. He has on a red satin vest and a green bow tie.
She has painted her nails with sparkling gold polish.

We go in and greet them. He was nodding off. She jumps up and covers us with hugs and kisses.

Has anyone else come by this week? I ask. They nod “No” then she speaks up in her child like voice. “Our neighbor brought us some Mandarin oranges off of his tree. Too many for us so make sure you take some home with you. He stayed for tea. I gave him on of my fruit cakes. He said it wouldn’t be Christmas without my fruit cake.”

Her neighbor now in his 60’s has been eating her fruit cake since he was a child. About 20 years ago he moved back into his old family home down the road. He knows about these two old Vampires, but keeps their secrets to himself. Her fruit cake is that good. But the neighbor is the only one who visited aside from us. He is a dear soul who brings their mail up to the house and checks in on them from time to time. They are luck to have him. So many elderly and folks who are alone don’t have a neighbor who cares enough to take a few minutes a week to check in – to care.

The kids took out the garbage. Max listened to the stories he’s heard a million times before and told them of his latest adventures. They listened with amazement and a little confusion, but sometimes added in some words of wisdom and humor that surprised my jaded brother. Our visit was a good thing. Sometimes it is frustrating for me, but I need to be there for the elders who were always there for me. I remember when we were all younger and wish I had those times back again.

Do me a favor, and in the next year reach out to someone who is alone. Bring the mail in for your elderly neighbor or make them cookies once a month or books. Watch a movie with someone who is shut in. Call and check in to an old friend. Offer to help and mean it. Even taking someone to the store, the grocery store or Target means a lot. Those simple acts and everyday things we take for granted are sometimes a BIG deal for someone who is alone. I know it isn’t always easy, but that unease will turn to comfort and joy.