This week I have an excerpt from a novel I started AND a poll. Would you read this book? Yes, this is a rough rough draft but if I polished it up…
By the way, this isn’t a Vampire story. 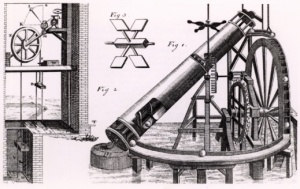 It is all just a bunch of strange physics!

Tom looked at the white board relieved he was in the right classroom. This was Back-to-School-Night at his kid’s new high school. Oh boy.

Parents wandered into the classroom, squeezing into small plastic and laminated wood desks. Tom’s 6’3” frame hardly fit. He swore the desks were never this small when he was in high school.

Intentionally avoiding conversation with other parents he studied the hand written schedule his son Declan had given him.

A large woman pushed herself into the desk next to Tom, still wearing her nurses uniform with a cartoon cat print on the top. Her brown hair was short and practical, but her face was pretty in a sort of old time glamour girl kind of way. She smiled at Tom. He smiled back to be polite.

At the front of the class stood a blond haired girl wearing a school tee shirt, and the kind of self-assured plastered on smile of an experienced politician. Tom figured she was Dr. Bartello’s student assistant Katie Hunter.

According to his daughter Rowan, Katie Hunter had recently changed her name to Kat, because she was dating a boy named Hunter Katz. Kat Hunter and Hunter Katz. It was all incredibly cute. Declan had said Kat and Hunter were also the two smartest kids in the school. Tom thought if they were that smart they’d stay away from romance.

“Hi Roxy,” the girl said to the woman in the cat uniform.

“You look just like him.” Her voice was deeper than most girls her age and lacked the singsong upswings at the end of her sentences.

“Tom Mather. Good to meet you.” He had no idea who Jordan was.

“Your wife Sage is great. We’re all so happy she agreed to be the advisor for the Student Technology Team.”

That was news to Tom. “Technology Team, sure, Sage loves her technology.” He gave an uncomfortable laugh. Sage was always great. She couldn’t help it; even after their lives fell completely apart she continued to wear her mask of greatness.

He’d encouraged Sage to take her dream job on the other side of the country. The new job paid twice their combined income. He would sell his law practice and work from home. They’d make a new start. She wouldn’t sleep with other men anymore. Life would pretend to be good.

Tom glanced around the classroom again. The other dads were relaxed slobs in cargo shorts and Dockers. He couldn’t imagine Sage being attracted to any of them.

The bell rang for first period to start. Bartello still hadn’t show up. A phone on the desk vibrated and danced around for a second. Tom noticed that a set of keys and half finished iced coffee next to the phone.

Katie cleared her throat then made an announcement. “Sign in if you haven’t already. Your kid will get points for it. I um, know Dr. Bartello has some handouts. Just a sec and I’ll get them.”

She went to the tall cabinet on the wall next to where Tom was sitting.

Katie tried to open the door but it wouldn’t slide. Tom noticed a latch at the top. “I’ll get it “Here you go,” he said with a wink to Katie as he slid the door open.

From the inside of the cabinet a dead Jackson Bartello faced Tom. One eye was closed, the other a squint. In the fraction of a second Tom’s brain registered the blood and gaping cut across Bartello’s throat. Before Tom could step back the full dead weight of the man fell forward against him.

Tom could feel himself falling but couldn’t stop the momentum. He remembered hearing himself say oh fuck, when the back of his head slammed into a desk, then bounced on the floor. He saw sparks, and the pain nearly knocked him out. He caught his breath and found himself flat on the floor. Bartello’s head was twisted at an almost ninety degree angle unnaturally resting on the inside of Tom’s left thigh, with the rest of his body on Tom’s legs and feet.

Bartello’s throat had been cut from ear to ear, all the way to the bone. Tom could see what might have been bone, or the esophagus. The cut was clean with no ragged edges. Bartello’s hands were bound behind him with his own black and teal atomic age print tie. He was still warm.

Tom could hardly catch his breath. Roxy was already up out of the desk and by his side. “Roxy, help get him off of me.”

She held Tom’s arm and helped him slide out from under the dead man. He felt Roxy’s hand go to the back of his head.

“You’re bleeding.” Then she yelled, “Somebody get me some paper towels NOW.”

The parents looked on in shocked silence. Then the murmurs of “Oh my God,” and soft gasps began. It wasn’t like in the movies where everyone screams and runs when a body appears. One was calling 911, another the school front office.

“Tom, Mr. Mather,” Katie said, sounding as if she were being strangled.

“I’m OK,” said Tom. He reached to the back of his head and felt the blood. He tried to stand, but couldn’t get his body to work for him. “Katie, don’t panic. You can do that later. Right now let’s get everyone out of the room. Then find your parents. Roxy, Find my wife, please.”

Tom looked at Bartello again. He couldn’t imagine cutting into flesh with that kind of force. It was too intimate for him. He never touched his marks. He’d always used a gun with a silencer, with the goal to always keep things clean and anonymous. But this killing wasn’t business. It was personal.

4 thoughts on “Short Story Sunday: School Night (and a poll)”