I could wax poetically about temperature but it is in the triple digits farenehight outside. Any wax is going to melt and I’m not feeling too poetic.

Yesterday afternoon, a man came to my church asking about my religious beliefs. I ended up with a brochure about “original sin,” something which I do not believe in. Sure some people are born evil. Some are born without souls, and I’ll freely admit that. I’ve met them. But the average little baby isn’t chock full of sin, like a dead deer full of maggots on a hot summer day, so don’t even make that comparison or even suggest to me EVER that babies are full of sin. Sheesh.

I should have given the poor man a glass of water but he was so crisp and unflappable looking that I assumed he had a cooler in his car (which could have been full of beer and Jello shots as far as I know.)

At the time I was holding a large German Shepard by her collar with the door cracked open. I should have never answered but it is usually a friend or a neighbor when someone comes a calling, especially when it is so stupidly hot outside.

I believe I’ve used the frog story before, but I shall tell it again.

Put a cold cast iron skillet on a cold burner on your stove. Gas works best. Place a large, live, cold blooded frog in the center of the skillet. Use a good sized one – 10-12 inches. Turn on the heat ever so low, then gradually turn it up. The frog will sit until it gets blazing hot and it’s feet and belly stick to the cast iron and it is cooked.

This is what happens to people in this heat (we’re expecting over 100 all week and over 110 F on some days). Elderly people and others who are not always aware will sit in the heat like the frog until they cook. They’ll forget to jump out of the pan, or in the case of some folks, forget to turn on the air conditioning or fan. Or they’ll forget to call for help because they won’t realize they need help.

My neighbor and dear friend Kelly came over tonight with a couple of cold drinks (bless her). She isn’t a Vampire like we are. She suspects we’re different but can’t quite put a finger on it. She also has a ghost in her house (yes, that ghost.)

We sat for a while as she told me of her elderly mother and the heat. Her mother forgets to turn on the air conditioner. Her mother obsesses about bad neighbors but will not let her children or helpers put anything over the fence so to keep out the eyes of those bad neighbors. She asked Kelly to come over (it was 110 outside) to cut down a tree. Kelly said no. Her mother doesn’t know what yard the tree is growing in. Kelly tells her not to go outside and check because it is too hot and because she’ll fall and end up in the hospital – again. The same conversation has happened over and over – with a different plant, a hose, a stray cat, an unfamiliar car parked on the street, or something else that Kelly will either have to deal with or talk her way out of.

She wishes her mother would move to a house where she won’t worry about bad trees and bad neighbors and expensive up keep. Kelly has suggested a smaller home near Kelly and the grand kids. It would be nice with all sorts of beautiful features and a lovely garden within walking distance of Kelly’s home. The kids could visit anytime. Her mother refuses. So Kelly must hear about trees and drive to her mom’s to get the mail, and give up her Saturday fun time. Saturday fun time is important for working moms and all moms and busy women who work, and well, it is important for everyone.

Sometimes the heat can suck the fun out of everything. The heat of being a caretaker can do the same. It is exhausting. Especially if the caretaker has children of her own. Kelly told her kids to put her on an ice flow if she ever got to the point where she couldn’t take care of herself. She asked them to shoot her if she ever lost her sense of humor. I gave her a hug. We talked for another house about books we’ve read this summer. We agree that everyone MUST read “Beautiful Ruins.” Then she went home to spend time with her own teenage children (good friends with my kids.)

After slipping on the kitchen floor today on an unknown object and landing on my back, I lay there thinking that I’d better call The Elders. They’re ancient and sometimes don’t use the best judgement.

Eleorna and Tellias, frail and gentle, were fine. Their neighbor had brought over shaved ice flavored with basil and rosemary. God bless him. They remembered to bring their old dog in and give him plenty of water. They didn’t drive today because sometimes they forgot how to turn on the air conditioner and the sun was too bright and they had lost the keys again, so they stayed home. And they turned on the air conditioner in their beautiful 143 year old house and slept in each other’s arms like young lovers.

I’m always afraid that I’ll drop by their house and find nothing but their ashes. I’m afraid someone will take advantage of them. I’m afraid that one day they might be gone and I will have a broken heart that will never go away. 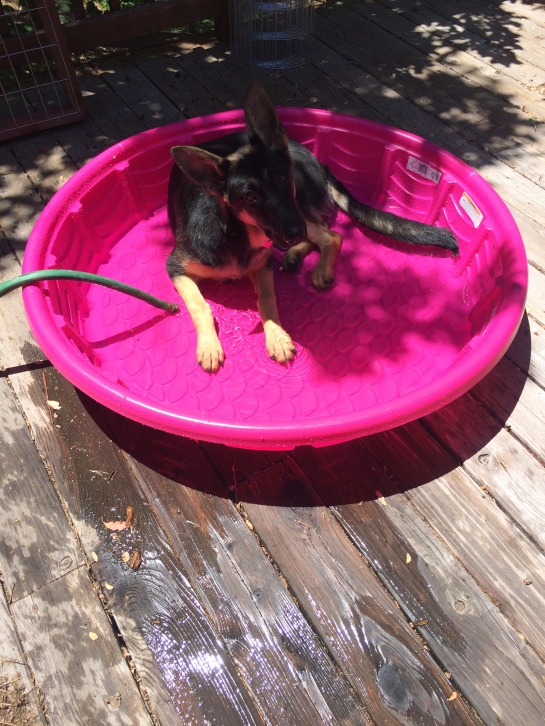 One thought on “Heat, Religion, Frogs, and Old People”