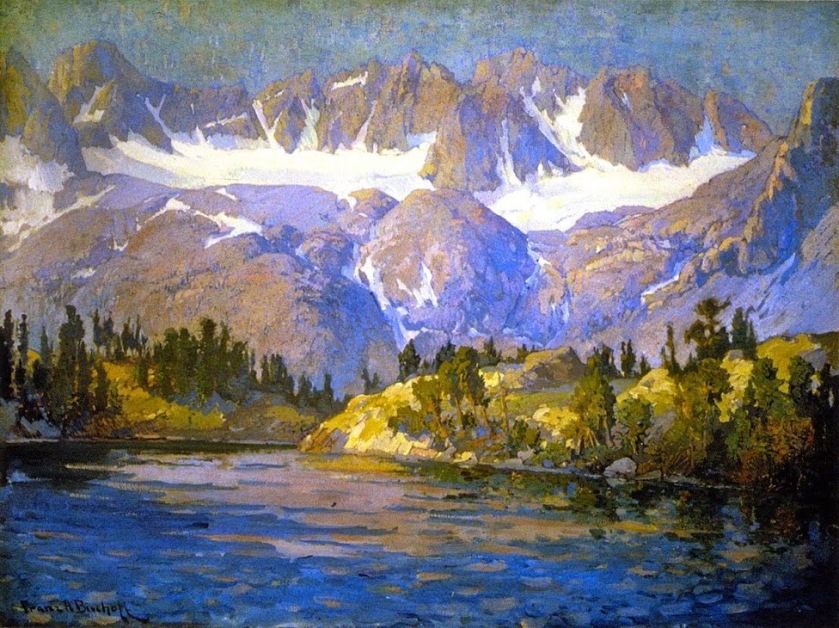 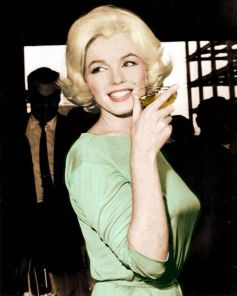 I’m a little under the weather (even Vampires get under sometimes) so rather than trying to make up something fictional for today, or talk about parenting (my kids are grown now,)  I’ll just tell you a story about my brother Val and me, then give you some high-minded moralistic opinion about the state of American culture.

It was October 1963 and we were driving Val’s black 1962 Corvette down Hwy 395, along the back side of the Sierra Nevada Mountains. We stopped in the small town of Lee Vining at dusk, wondering if we should stop for the night or keep going.

I got out of the car and looked up at the mountains. After I took off my scarf I held it up and let the breeze make it into a flag. Everything smelled so fresh. The mountains were so beautiful I couldn’t take my eyes off of the sight.

Val came up to me and took the scarf. He put it over my hair and wrapped it loosely around my neck. “You look like Marilyn Monroe tonight. She was buried in a dress almost like yours, with a scarf like yours.”

Removing the scarf again I looked down at my green dress, then brushed a bit of blonde hair out of my face. Yes, it was blonde at the time fixed in sort of an over teased should length flip. I’ve taken my false eye lashes off as soon as we left Las Angeles earlier that morning.

“How do you know what she was buried in?” I had to ask.

“A friend of a friend went to the viewing,” answered my brother. “She was murdered.”

“Does the friend of a friend know who murdered her?”

“No. He wouldn’t tell me. What a shame. We’ll read about it later. Jewels, she was having sex with everyone named Kennedy and all of their friends. All of them.”

“Does it matter? Does it really matter Val? It isn’t like we knew the woman.”

He ignored my comments. “I feel like I’m in a movies set out here. The obvious choice would be a Western, but it seems more of a mystery tonight. Do you want to stay the night or move on?”

We agreed to stay.  At first we got a skeptical look from the woman at the desk of the Motel when we told her we were brother and sister. Neither one of us wore rings on our left hands. What should she think when two fashionably dressed young people come into a hotel in a mountain town? Plus we came in a sports care. That would be a recipe for immoral behavior in anybody’s book. A man, the owner of the establishment, came in and gave us the key, saying it was obvious how much we looked alike. Some people always have their mind in the gutter.

We went to the cafe next door to get a feel for the place. The view of Mono Lake from our table was unreal as the sun settled down over the mountains. The waitress was friendly and took our orders of coffee and rare burgers. When she came back she told me that the cook thought I looked like Marilyn Monroe. I was polite. Val kicked me underneath the table.

“As soon as we get to Reno I’m finding a salon and switching back to brunette.”

“You’d better get rid of the eyeliner too,” said Val with a wink. “I think she was murdered for sleeping with the Kennedy brothers. Think about it.”

“Do you think Marilyn would have made a good Vampire?”

“The Beatles would make better Vampires. They don’t seem so needy. Honestly would you convert someone as needy as Marilyn Monroe into a Vampire? It would be a disaster then you’d be stuck with her.”

“Stop thinking with your…”

“Val, to be a Vampire one must be fairly independent and strong-willed. You have to be disciplined at all times. I mean, I didn’t know the woman but she wouldn’t have made a good Vampire.”

We picked our way through the food and finished our coffee, then went for a walk down the road. Stopping in a bar we picked up our real dinner for the night. After all, Val and I are Vampires.

The next day we took a leisurely drive with the top off of the car. Once we arrived to Reno I became a brunette again. A month later President Kennedy was assassinated.

I used to get angry at Val for his temporary fascination with celebrity. It started when we where children and he’d pick up bits of information in Harper’s Weekly. From there it snowballed. He couldn’t seem to get enough of gossip and sorted stories about people he’d never met. I’d tell him to read a book and he’d just get pissed off and close up to me. He has backed off but occasionally I’ll catch him catching up on celebrity gossip.

I don’t understand the current fascination with people who are famous for having an unnaturally large number of children (and their disgusting self-serving exploits), or for rich women who are unnaturally made up. If your only claim to fame is the fact that you have a big butt and a rich father why should you get so much time in the news. It isn’t news or even entertaining. It is just stupid and annoying. When I see a movie I don’t want to know about the actors, I want to know about the characters they are playing. That is all.

But it seems the spirit of P.T. Barnum live on in the worst way possible. Some people say there are no more freak shows but it isn’t true. There are plenty of people who are glad to put themselves in the spotlight as freaks.

Thank goodness that isn’t what Vampires do. We might read the gossip but we refuse to be the gossip.

Have a good week everyone. Stay classy.