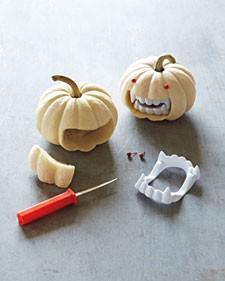 Halloween With An Ancient Vampire (and Werewolves)

Halloween is here and that means a party at the home of the ancient Vampires Eleora and Tellias. I’d promised Tellias I’d take him shopping for craft supplies. He could have gone on his own but lately he had a tendency to get lost, especially when going out during the daylight hours.

When I arrived at the grand Victorian farmhouse the couple share Tellias was waiting with a Panama hat on and round dark sunglasses. Today he was dressed fairly normal – a black velveteen vest over a white shirt, black jeans and yellow flip flops. His pale blonde hair was fanned out like liquid gold over his shoulders.  He looked all of nineteen years old.

We had one other stop, to see my friend Adam, a photographer, who also happens to be a Werewolf. If I’d told Tellias about it he wouldn’t have agreed to go. Werewolves are always a touchy subject with him.

Adam was there with his photographs and two other Werewolves, a man and a woman. He introduced them as Troy and Bethany. Troy was large and deeply tanned with that sort of manly lumberjack look women seem to love. Brandy was delicate pretty woman with one blue eye and one brown eye. She wore her hair in long reddish curls and looked like anything but a Werewolf.

Most people don’t know that Werewolves, despite popular myths, are the researchers, geeks and scientists of the alternate world (that world of Werewolves, Vampires and other not so regular type humans.)

I noticed Brandy’s right hand, mangled and curled under with horrible scars. She held her hand up close to her side as if she was protecting it.

They knew who Tellias was. Everyone knew about the ancient Vampire, born in Rome around the time when BC merged into AD. He’d gone to Britain with the Roman army as sort of an adviser. The Roman generals knew he was brilliant and special but nobody knew he was a Vampire. And eventually, he ended up here and now, shopping for Halloween craft supplies on a beautiful fall day in Northern California.

After introductions the Werewolves asked Tellias if there were wolves in Britain back almost 2,000 years ago when he was there. He thought for a second.

“They were large wolves and they were eating the dead.  Even Vampires couldn’t compete with that kind of horror.  I couldn’t blame them for an easy meal. I’ve gone for easy too. We all have.

The wolves were magnificent creatures unlike any I’d seen anywhere.  The blood baths against any living creature bothered me from the start.”

“Did you hunt the wolves?” asked Brandy.

“Did you know King Arthur?” That was Adam asking out of the blue. I almost told him to shut up.

Tellias gave a serious slightly peeved look. “King Arthur? Friends knew him. Said he was sort of a dick. It was a harsh world back then, not the romantic ideal you see in the movies. There was no social justice or human rights or much of anything. No animal rights. That said, it was a good time for Vampires before Regular Humans figured out what we were up to. It was that damn group of self important rogue Vampires who set themselves up as wizards and all sorts of other nonsense. We annihilated most of them but the damage was done. Done, done, done, forever. Our reputations were ruined and our cover blown clear out of the sky. Clear out.

I knew a priest back then, a man of God who was good. His name was Virgil. Like the poet or like the guy in the Sanford novels, Virgil Flowers.  Have you read those books? I think my Virgil was from Southern Europe but I never knew and he never told me. He could talk with wolves and hawks. I’ve always liked Hawks. Sometimes I’ll sit for hours and watch them.

There were wild spirits and wilder men who tried to keep Virgil from his work. He was a healer, not just of broken bones but a healer of the soul.  He was like an early psychiatrist. He was a werewolf too. We became close friends. Close close friends. I miss him to this day. So does my wife.  You know, I don’t even remember when I started calling her my wife, it just seemed like we were married the first night we ever spent together, which was also the first night we met. He said we were too nice to be damned but I once caught him weeping because he didn’t believe Vampires had souls and he thought we were demons. Do you think we’re demons? Undead lifeless shadows with no souls? Parasites of human blood? We have two souls and we can’t sell them or give them away. Our souls are our burden to keep alone. Nobody looks after us. Just like Werewolves, nobody looks after you or your souls either.” Tellias looked around the room oh so quietly in his Vampire way, looking straight into the very soul of each and every Werewolf.

“So we’re all damned according to your lore?” Brandy asked again, still holding her hand close to her side.

Tellias looked her straight in the eyes. “Not damned, just alone. All alone. As alone as can be. So we must keep organized and quiet and stay together despite our differences.”

Tellias looked at me in mild confusion and annoyance. “Why are we here again?”

“They need our help,” I said

“So they call on the old Vampire.”

“Yes, they need your help. They’re doing a study about healing powers and pain. They’d like to find out how we manage it so well when others are unable to. They want to know if it is physical or mental. It is a problem with Werewolves.”

“Can we go now?” He looked clearly uncomfortable and annoyed. He whispered in my hear so only I could hear, “everything is mental with Werewolves. They’re nuts.”

“We have to go,” I said to the Werewolves.

“Someone is hunting us, do you know who it is?” That was Troy, speaking up for the first time. He sounded pretty desperate and emotional.

Tellias took a deep breath. “October is always a bad month for this kind of insanity. I’m sorry I don’t know right off hand but…” He approached Bethany and took her hand. “What happened to you dear girl?” Tellias tenderly asked her, taking her hand in his. I thought she would pull away, but she allowed him to look.

“I was caught in a trap about a year ago. I had to chew off enough to slip out.”

Covering Brandy’s injured hand with both of his hands he closed his eyes for a few seconds and then opened them up again. Then he kissed her mangled fingers gently.

“The pain is gone.” She said in amazement. Her eyes teared up.

The beautiful old Vampire kissed her cheek. “Be careful on Halloween and keep your pets inside.”

Then he smiled. “Did you know Werewolf blood tastes like Bourbon?”

Adam laughed as the others looked shocked. It was time to go.

As we walked to my car, headed off to finally get those craft and party supplies Tellias put his arm around my waist and gave me a thoughtful concerned adult look. “Juliette, my dear girl, I might be ancient but I am not a curiosity to be put on display.”

I started to speak and he tightened his grip on me. “I love you as if you were my own child. I feel for the Werewolves, but my dear, we can’t live our lives as if every single day is Halloween. That said, I am so proud of you.”

Then he started to sing quietly, as he always does. I listened for a moment. Nine in the Afternoon. It was unexpected but then again, isn’t everything?

(Yes indeed, you might have read this one before. It was first posted in October of 2013)