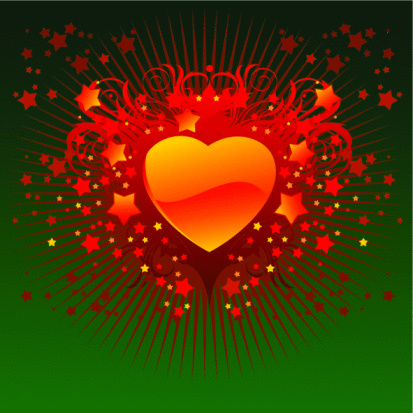 My Christmas Necklace – A Vampire Romance

At Christmas time we usually had friends for dinner. Of course that was last year but let’s pretend things are perhaps a little more normal than 2020. Let me reword that first line. Last year we dined with good friends of ours. It was two couples we’re friends with (they’re regular humans who don’t know we’re Vampires). It is a dress up affair. We have cocktails; take in the theater or a concert, then have dinner and more drinks. And my darling husband Teddy and I get a little blood donation and leave our hosts feeling warm and fuzzy and full of holiday cheer.

I wore a black dress with red heels. It was set off with a gold necklace of delicate flowers with red garnets, enameled holly leaves and seed pearls.

One of my friends commented “You wear that beautiful necklace every year. There must be a story behind it.”

“Teddy gave me this on our first Christmas together. It was his mother’s.” I told everyone the truth, but didn’t tell them the entire story behind it.

It was in the 1880’s. My brother Val and I were young Vampires in London, which was the place to be. It was a golden age for us.

Of course being the young American Vampires we were…we got into a lot of trouble and had way too many adventures of the wrong kind.

So to make a long story short, it was Christmas Eve when Val and I found ourselves trapped in a crypt. Yes, a crypt full of rotting human bodies, not a fit place for any self respecting Vampire of a certain social level. We were of a higher social level. We had class, culture, good looks and money. Most of all we had connections. What Val and I lacked was common sense and experience.

So we’re in this crypt, chased by Vampire Hunters, Rogue Vampires who were pissed off at us, AND the local police.

So we waited to figure out a plan B or to be rescued. Plan B was our only real option.

Just as we were about to sit on the ground and wait until the next night to break our way out the door started to slide open. We waited, fangs barred, holding on to each other for dear life, yet ready to kill whatever came through to us.

We saw a lone figure shadowed in the doorway.

I could hear a slight hiss under Val’s breath as he readied himself for an attack. Then a voice with a definite American accent said “Valentine? Juliette? Oh my heavens! Is that really you?”

And out of the shadows came Teddy. I hadn’t seen him for 10 years, not since he’d become a Vampire.

We said quick greetings and I asked “What are you doing here?”

He lifted the lid from one of the stone caskets. “This woman couldn’t steal my father’s heart so she stole my mother’s jewelry. I’m here to get it back. I never expected in a hundred years to find you two here.” And with one swift movement he took the necklace from around the neck of a slightly un-fresh corpse and then removed her bracelet and ring.

Suddenly we heard footsteps and saw torches across the lawn. I recognized the voices. “Let’s go. They’re back.” And they were in full force, come to kill the Vampires, who just happened to be us.

We ran down the road as fast as we could. I help my skirt up around my knees and cursed the day I was born a girl. Damn it trousers would have been nice right then.

A cathedral lay ahead, lit up for the Christmas Eve service.

“We’re not undead. Your heart beats. You have not one but two souls. You are a creature of the night, and this is a midnight service. We will be welcome and blessed for we do harm to no one.”

I grabbed Teddy by one hand and Val by the other and took them into the church. We sat in the back and quietly sang along with our angelic Vampire voices, savoring the candle light and peace of the moment.

After it was over we headed for home, a fashionable and safe house not far away.

“I thought it wasn’t safe for our kind in churches,” said Teddy.

“It usually isn’t.” Val said, brushing off his coat. “But they can’t hurt us in a church. Or at least they do not dare hurt us there. Besides, I like the music. It soothes me.”

“What did you mean about two souls? I thought my soul was gone.” Teddy looked at us in a very serious way.

“Do you think that anyone with so much love and passion could exist without a soul? Oh Teddy, don’t be such a child. We need two souls. One for our own existence and one for our shadow. Didn’t you know that?”

The first rays of dawn arrived as we arrived at the house. Teddy crashed in one of the spare bedrooms. But before he slept, he put the necklace he’d taken around my neck. “My mother always liked you. She would have wanted you to have this.”

I was honored and touched. Since then I’ve worn this necklace every Christmas season.