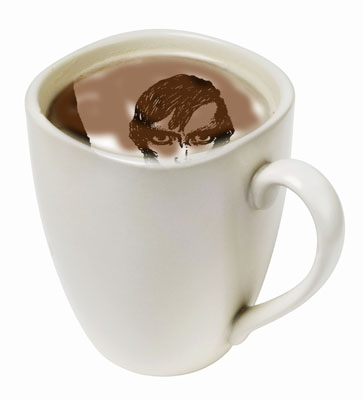 THE FIRST APOCALYPSE, THE TRUTH ABOUT ALIENS, MISSING LINKS, AND REAL PANDORA’S BOX, AS TOLD BY A GHOST

A figure in a brown dress, long white hair, and golden brown skin stood among the orange and oak trees in my back yard. Her eyes were large and dark on a round face. She was beautiful in a weird sort of etherial way. She looked more like a fantasy character than human. Then she vanished as ghosts do.

I was having coffee and trying to write at my breakfast nook table with the second story view that overlooks my back yard. I live on a hill so my back yard is lower than my front yard. Anyway… I was looking down into the yard.

As I got up to make more coffee I heard someone whisper my name. Juliette.

There in my kitchen was Nigel, the Ghost.

“You SAW her. Regular people, homosapians can’t see them. She isn’t human, at least not a modern human. I mean she wasn’t.”

“What do you mean homosapians? She obviously wasn’t a Neanderthal.”

“Tell me about her Nigel.”

I made coffee for both of us. There was coffee for me to drink and coffee for Nigel the Ghost to smell.

“They called themselves the Chosen. Rather unscientific but it is what they called themselves. They were the people who they felt were chosen to advance civilization. We don’t have a name for them because they didn’t leave anything behind, well almost, and only the Ghosts know about them. They could interbreed with other species like Neanderthals and humans like us but it just wasn’t acceptable. They left us alone.”

“They developed for fifty thousand years ago away from the rest of us. They had their own technology and civilizations. Then they had their first apocalypse. Disease swept through their people. They came through. After that they had issues with fires and ice, and you name it. Plus they were afraid of us. They were afraid of what we were becoming. They considered us their second apocalypse.”

“Why don’t we know about them?”

“They left without a trace. They destroyed all evidence of their civilization.”

“They were advanced enough to go into space?”

“Yes. Don’t be so surprised. Every single year archeologist and treasure hunters find traces of lost civilizations and ancient humans. They made and did fantastic things with technologies that are now lost to us. They did things with tools and means that we can’t even imagine.”

“What about the Ghost walking around my orange and lemon trees?”

“She is one of the few who stayed behind, refusing to leave. She and a few companions guarded the last bit of their civilization. They guarded what was left behind, lost in the frenzy of the destruction. When they too died, the one artifact was left behind.”

“Viruses and germs they’d made.”

“I know what happened to it.”

“Ever hear the story of Pandora’s Box?”

“Ever wonder where Vampires, Werewolves, Smallpox and other horrors came from? And hope. Remember hope was in the bottom. Yes, they left hope behind. Go figure.”

Nigel leaned in closer. “You know her. The box is empty now and sitting on the dresser in her bedroom.”

I didn’t know what to say.

“You have pastels,” said Nigel. “I want to borrow them?”

I was still numb with the story Nigel had told me but knew I could only push him so much for information. I got out my box of pastels and placed them before him on the table. He put his hands over the sticks of color then began to draw in front of me in the air. The colors hung on an invisible canvas forming a portrait of a woman with curing brown hair and golden brown eyes. It was beyond beautiful.

Then Nigel snapped his ghostly fingers and it vanished in a swirl of powdery dust.

“My dear Vampire, as ancient as your kind is, always remember that to the core you are still human. Like with all of us we are just a blink in the eye of time. This planet has a long history that we can barely comprehend and barely even imagine in our wildest dreams.”

Then before I could say another thing Nigel smiled, ran his hand through his unruly black hair and vanished with a thin wisp of purple smoke that smelled like citrus blossoms and cigarette smoke.

Nigel was murdered in 1986 and would have been in his early 60’s if he’d still been alive. Why he comes to visit me I do not know. Maybe it is simply for the fact that I can see him. It is always a mystery with Nigel the Ghost.

I thought about that beautiful box I’d admired as a child. I’d collect trinkets and put my small dolls inside of it. Then I’d put it back on the dresser where it still remains over a hundred years later.

Looking back out to the orange trees I could see Nigel talking to the woman in the brown dress. She turned my way and lifted a hand, as if in greeting, then they both disappeared.

This was first posted in April 2020 but I thought you’d like to see it again. And today we’re off to my mother’s house to celebrate her 492nd birthday. xoxo