A Change of Heart

The Demon sat on the roof of the house wondering what to do next. She looked around wondering how they put on the roof with such a steep pitch. 12/12 she figured. Standing up she stretched out her leathery wings and brushed back her hair with claw tipped fingers.

Flying to the next yard over she found, the handsome Vampire sitting in a chair, with a goblet of blood and his Nook. She knew him. He would know what to do. He would help.

“I don’t want to do this anymore,” the Demon told the Vampire.

“What do you mean?” He glared at her with no light in his eyes.

“I am so frustrated with everything. I want to open an art gallery, the kind with pictures of seascapes and sunflowers. I want to paint and draw, all the while promoting up and coming artists. I’ve got a knack for marketing so I know I could make it work.”

“What sort of stupid trick is this?”

“No trick. I just…I just don’t know how to be…to get out of my contract. I can’t very well ask my boss about it.”

“I’d be sent back into the fire as a pitch fork handler. I’d never see the light of day again.” She looked into his ocean colored eyes with her yellow-orange orbs. “You’re a Vampire so you don’t know what it is like to have someone own your very being. I’m not my own creature. The Master of Evil owns me. Damn it. This is not what I want. It is not who I want to be.”

“Do any of your peers feel this way?”

“No. They’re happy. They’re content. Seriously what is wrong with me? Who wouldn’t want to spend the day convincing people to have affairs, feel crazy, commit murder and abuse elderly people and twist the necks of animals until they die a slow and painful death. The rush of it all is exhilarating, like the best sex anyone could every have. I mean who wouldn’t want that? Who wouldn’t want the rush and thrill of convincing someone to sell their soul? That is the ultimate. Damn, do you know how many souls I’ve taken to my Master. Millions. And you know what? You know what Vampire? I’m tired of it. I never liked it in the first place. OK I did for a while but after a couple of thousand years it is getting old. Really old.”

He rolled up his sleeve and showed her an ugly scar. “Demon, this is from your last visit. You nearly took my arm off. I was in bed for three weeks because of your poison.”

He glared at her, hate filled his voice, “I can’t believe a word you say.”

She stood in front of him looking into his handsome face. There was no soul she could tempt. There was no blood she could spill.  Taking a step towards him the Demon held out her hand. “You could teach me,”

She stood looking at his face. If she had been created with the ability to shed tears she would have, but she could only stare at him in disbelief with yellow-orange eyes.

Unfolding her wings she flew off, out over the bay, over the city. There were so much damage she could do to hearts and souls down there, but her own heart wasn’t in it anymore.

Turning towards the ocean she flew out, then upwards towards the night, trying to imagine what it would be like to be accepted for what she was not. 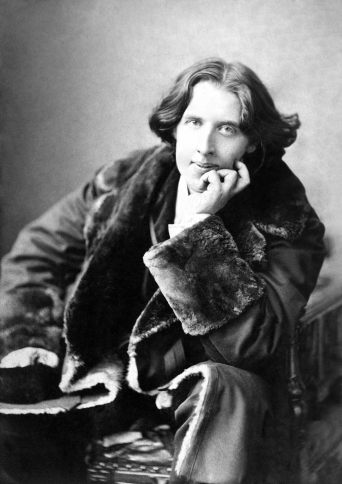 I have always adored Oscar Wilde.

What if history had turned out differently? We’ve all thought or read about it. Some of us have even written about it. The more common “what if” questions are: What if the South had won? or What if Germany had won WW2? or What if Kennedy or Lincoln hadn’t been shot?

What if Oscar Wilde had stayed in California and never gone back to England after his tour? Would he have lived a happy life and died happy surrounded by friends?

What if cats never did funny things?

What if slavery had been abolished during the Revolutionary War?

What if women had been given the vote in 1787 when the American Constitution was written?

What if Frida Kahlo had never been in the bus accident?

What if Leonardo Di Vinci had been born a woman?

What if Philip K. Dick had decided to go into politics instead of writing?

What if dogs had never been domesticated?

What if Sylvia Plath had lived and divorced her husband and found happiness?

What if Errol Flynn had been cast as Dracula in the 1931 film?

What if a large group of Bigfoots had rescued the Donner Party in 1846?

What if Amelia Earhart and Fred Noonan had never been lost?

What if humans didn’t have finger prints?

What if Vampires were accepted into society?

What if Galahad had found North America on his search for the Holy Grail?

What if people weren’t stupid? 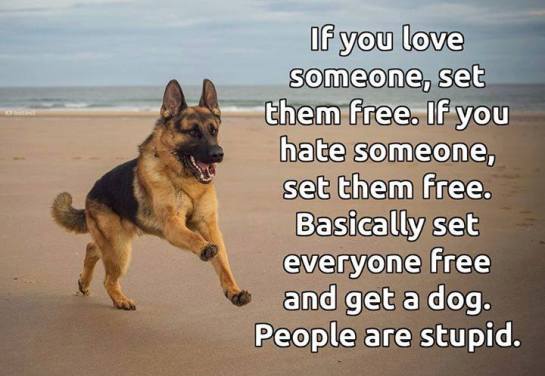 What if? I don’t know. But I did name my cat after Oscar Wilde and he is extremely happy. I also have a beautiful sweet German Shepard named Alice but that isn’t her in the meme above.

What do you wonder about? Let me know. Also feel free to use any of these questions as writing prompts. I’d love to see what you come up with. 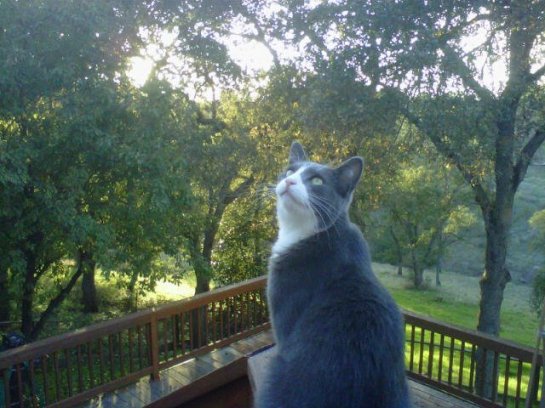 This is Oscar. I love this cat so much. He was named after Oscar Wilde. He is gray like Dorian Gray but unlike Mr. Gray, he doesn’t have a weird painting in the attic, at least not last time I checked.

The last Vampire Diary involving Shelf Critters has been awarded the WINNING prize for The Evil Squirrel’s Nest 2017 Contest of Whatever. I am so honored.

Click Here for my winning entry (from Vlad’s Vampire Diary.)

Click Here to learn more about the Contest of Whatever.

Thank you so much Evil Squirrel.

When you get a chance check out The Evil Squirrel’s Nest Blog and become a friend of the nest. 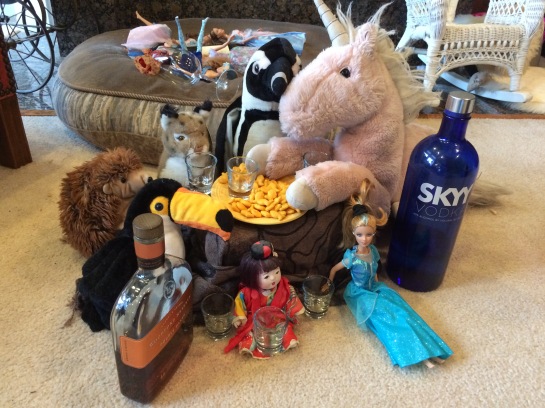 Around the bar important men and women were meeting over drinks and food.