The night was falling on the travelers, Daniel and his son Tad and daughter Ada. They had to stop before the nightfall and freezing snowfalls. They were finally going home from the dreams of gold to the city where Daniel had found a job in his profession of typesetter and reporter. When his wife had passed on he followed his dream to the California gold fields taking his teenage children with him.

They came upon a cabin, the door boarded up from the outside, the windows shuttered. It looked deserted and like shelter for the night. Dan and his son pried the nails off of the boards, which secured the door and went into the two-room structure. Inside was a cozy room with a fireplace, comfortable chairs and a wall full of books. Dan sent Tad out to bring in firewood.

Ada went to the bedroom and called her father. On the bed was a man, still as the night, cold and pale as the snow. In his arms, wrapped in blanket was a tiny girl in a red velvet hat, a scarf covered up most of her small face. She was also still and pale.

Ada’s heart sank. The poor souls in the bed looked to have passed on. But why were they trapped in the cabin? Had they been sick? Why were they not buried with a prayer and the proper respect? The man’s coat was obviously expensive and of the finest materials. His boots were of the most beautiful leather and style.  His face was handsome and refined. Ada took off her glove and touched the back of her hand to the man’s face. He was indeed cold as ice and still as death. She called in her father.

“I know this man.” He said. “A fine man. A poet. I heard him read when I was in San Francisco. What a tragic pity to find him here with his child.”

The looked upon the bodies of the father and child when they saw the slightest movement and the man opened his eyes.

“My daughter, please help her,” whispered the man on the bed.

Ada took the girl in her arms.  She weighed almost nothing. The child let out a sigh. Ada brought the girl into the other room and sat in a rocking chair by the fire Tad had built. The girl started to move and put her face against Ada’s warm neck. Ada soon fell asleep with dreams of flowers and all things good.

In the morning the poet and child were gone.

The travelers found box covered with red paper. In the box was a golden heart and a note to Ada.

On the table in the front room was a bounty of food. Where had it come from? There were fresh baked goods, milk and juice, exotic fruits, sausages and chocolates. Under small quilted cozies were pots with fragrant tea and coffee.

Daniel read the note aloud to his children.

My heart thanks you for your generosity.

You saved our lives.

You never questioned who had trapped us or hurt us.

You never judged us.

You never feared us.

The love between parent and his children is burned into your heart like the fires that burn in the heavenly stars.

My daughter and I will never forget you.

Never fear the night or the darkness for we will always be watching your back.

Wishing you a Happy Christmas.

As the travelers ate they compared notes about sweet dreams that night along with stiff necks. They spoke of Mr. Kent and his precious daughter and wondered why they’d been trapped in the cabin.

Many many years later after a long and wonderful life full of romance and adventure, Ada fingered the heart, which she still wore. As she took her last breath she said, “I have never known fear, only love”.

An ocean away Thomas Kent felt an icy wind then hope and gratitude in his cold Vampire heart.

A note from Juliette:

If you’re a student or teacher from Frontier e Spark Learning please contact me at juliettevampiremom@gmail.com

It would be interesting to find out how you are using this story in your lessons and why. I would also love to know who you are, and where you are from.

Also if you write stories or poetry and would like to have a guest post let me know. I love to see new writers and support any kid or teen who has a passion for story telling, art, or any creative passion. 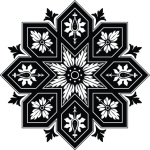 16 thoughts on “The Travelers – A Holiday Tale of Mystery, Love and Hope”