Since the invention of metal spoons humans have been hanging spoons off of their noses. Really. I kid you not.

My son Garrett (almost 17) told me that most of his regular human friends and their families hang spoons off of their noses. They do it at birthdays, around the table at major holidays, in study groups and anytime there is a gathering with food and friends. They hang spoons.

“I can’t do it mom,” my son told me with a sad frustrated look.

“What’s going on?” His father had come into the room.

“Why can’t Vampires hang spoons off of noses?”

“Is that important?” Whoops Dad you said the wrong thing.

“I’m sick of not being able to do things that my friends do. I’m tried of not fitting in.”

Neither my husband or I even asked our son to list those things that Vampire teens can’t do.  Being popular, smart and exceptionally good looking wasn’t a comfort. Sometimes it is those small things that make one fit in.

Garrett put a spoon up to his nose. He tilted his head back and carefully slid the spoon to the tip of his nose. The spoon fell to the floor. “Everyone I know can do this, except my Vampire friends. I’m tired of being a freak.”

I could have said it is just a spoon on the nose, but I knew it was more than that.

“Did you breath on it?” Asked my husband.

“It won’t work. Our breath is cold. Our noses are cold. The texture of our skin is all off. And I’ve tried everything. It isn’t a silver thing. Stainless and plastic doesn’t work either.”

I looked at my sad men and knew that as usual that Mom would save the day. I turned on the kettle and as the steam came out I put the spoon under the hot damp air. Then I put it on my nose and it stayed.

“You can make hot breath. Now hang yourself a spoon.”

And so they did – they hung spoons off of their noses. 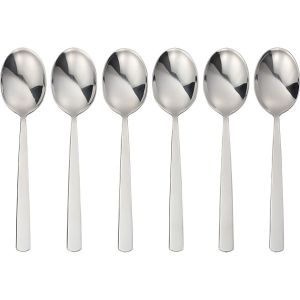 “What do you mean your going to eat my soul?”

“You wrote your when you should have written you’re.”

Our shirts will arrive sometime soon. How cool is that? Especially the second design.

I will wear mine with a black blazer, jeans and one of my zillion pairs of black shoes and of course just right dangling earrings. 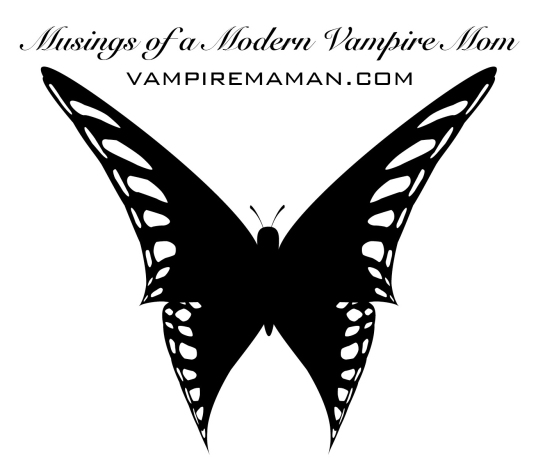 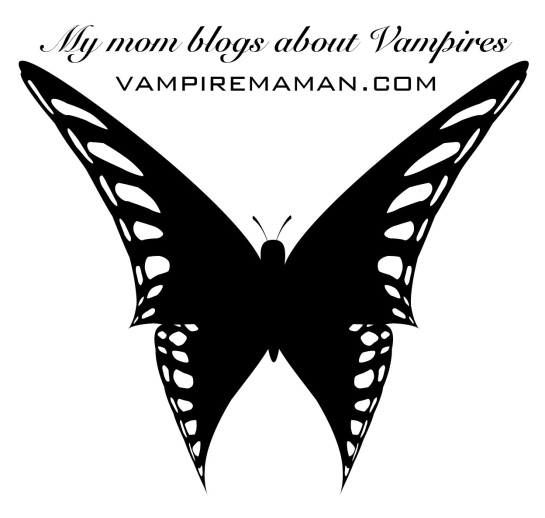 My daughter asked me “What’s up with the myth that Vampires don’t show up in photographs?”

My kids are of an age where everything in the universe is digital and immediate. She is also in a world where Vampire teens are engulfed in popular culture about Vampires. Yes, this is a challenge for all Vampire parents because our kids are, well, different that other teens.

OK so let’s get back to the question. What’s up with the myth that Vampires don’t show up in photographs?

We DO show up. It IS a myth. So is the one about mirrors. We show up.

The reason you don’t see us in photographs is because we are around for a long long long long time. For example: If my mom showed up in photographs from 1843 – 2012 her image, her face, the same face would be in ALL of those photos. That same face that looks like the same lovely 36 year old woman. Only the clothing and hairstyles have changed. After a while someone would put two and two together and we’d be busted big time.

We DO show up in photographs but we’re careful about when and where we are photographed. It’s common sense.

The myth comes from silver.

First of all if someone hits me in the heart or brain with a silver bullet it will do serious damage. Same goes for anyone, no matter what you are (regular human, werewolf, goblin, whatever). If you stab me with a silver fork it will seriously piss me off but not kill me.

To make a long and stupid story short: At one time in history, silver was thought to be “pure” or something like that. So since “Vampires” were unpure (not true but I shall continue with MY version of the story) silver would of course kill Vampires.

Mirrors and photographic processes used silver. That made some people reason that silver and Vampires don’t mix SO the properties of the silver will reject the images of a Vampire. Yep, there is some really great scientific reasoning going on there.

So what about reflections in water or windows? What about digital photography? We reflect. We also ponder, muse, wonder, and think about these things but as artists and for heaven’s sake, look at how many times your teen takes photos of herself. It is mind boggling – and all of us Vampire parents know that our kids DO show up on Instagram and Facebook and YouTube and everywhere else looking like regular kids.

So anyway, now you know.

To all of my blogging friends…

Most of all thank you for writing all of your wonderful blogs and keeping me entertained and inspired!

This year has been a remarkable journey for me as Vampire Maman. I couldn’t have done it without your support and fellowship, even if it was just a “like” or adding me to our follow list.

As a THANK YOU…I’ve created a graphic that you can use on your blog, if you want, to show how much I like you.

Feel free to use it on your blog to show you have a fan, pass it on, even crop out my name. Have fun! And thank again for dropping by!

I would walk miles

I found that in the dryer on a crisp piece of paper. It was one of many love poems that come from the pants pockets of my 16 year old son.

Her name is Megan. She has replaced the beautiful and fickle Amber. Amber the girl who broke my sons heart. I’m sure Megan will break his heart too. At 16 that isn’t a bad thing, I mean it is a bad thing, but he’ll get over it. He always does. Megan is sweet and happy and popular and obviously crazy about Garrett. See me in three months and I’m sure she’ll be crazy about somebody else. The life span of an average teen romance is short and sweet (thank goodness)

My son Garrett is a popular, fun and smart 16 year old. Things on his mind are:

Somewhere, if you continue the list, way down the list comes his sister, his dog, his parents. You get the pattern there. He is 16. You can see the pattern there. Girls. You’d think as a Vampire teen it would be all about “the hunt” but that isn’t true. That is easy for him. That comes naturally. Girls are another matter.

There is a theory that teenage boys are secret about their hearts. Some are, but a lot aren’t. Of course they are awkward and unsure. Some are “players” and “pigs” but most are not. Some only want to score and do a numbers game of most sexual partner but the majority of teen boys aren’t into that. I’ve found that most boys I know are both fascinated and terrified of girls. Most boys respect girls. Most boys admire girls.

But back to my son. He is a complete romantic with a good head on his shoulder. His dad and I have spoken to him about love and relationships (and sigh, yes, sex). We’ve also had those hard discussions that all modern Vampire parents have with their teens about relationships with Regular humans.

Then there are my brothers. My brother Max, who is also my husband’s best friend. Max is also one of those dark brooding Vampires. He enforces order in our world – yes, he is one of “those” Vampires.

He has already drilled Teddy and I on everything that could go wrong if our children get involved with regular humans.  Of course we know what can go wrong. We tell Max that. Believe me, Max, with his good looks and killer charm has been involved with plenty of women of ALL kinds. But he has a point.

We’ve told Garrett that he can’t think of changing anyone into a Vampire for love. It happens but it isn’t like joining a club or a church or even getting married. It is more like cutting one’s head off – once it happens it can’t be undone. That said, Max wanted to talk to Garrett.

My brother Val, who is a much different and more relaxed and mellow kind of guy, gave Garrett and his sister Clara all sorts of advice on love. Then again, that makes no difference to Max. Max has little respect for his younger brother when it comes to life and love and past mistakes that proved to be tragic (more on that later). But that was also a long long time ago. What is it with families ALWAYS bringing up the ancient past? We all grow up and CHANGE for heaven’s sake.

Anyway, this is what Max said (in my usual bullet points because I don’t have time for anything else today)

Hope your holidays are sweet with just the right touch of drama free romance.