I have questions for the ages.

These questions are important.

Today I will ask the SECOND of 50 BURNING QUESTIONS.

YOU will provide the answer. YES YOU. I’ve got a poll below. Don’t just say you like this post. Answer the poll question.

Please comment as well if you want. I encourage it. 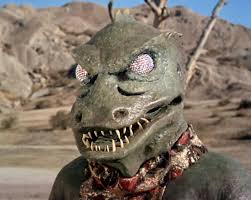 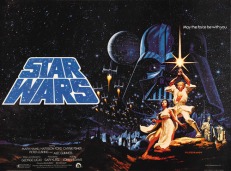 Which is it? Star Wars or Star Trek?

You can base this on anything you want. Is it the hotness level of Chris Pine vs Harrison Ford? Tribbles vs Ewoks? Is it the never ending television series or movies? Seriously I love this stuff but only the good stuff. Both have a lot of crappy movies and TV associated with them. Both have been overdone to death. Both are like car wrecks – you don’t want to look but you can’t take your eyes off of it.

You have to admit, that despite the special effects and science fiction settings, both stories are stories of the close bonds of friendship and loyalty.

YOU KNEW this would be one of the questions. I’m getting it out of the way early. 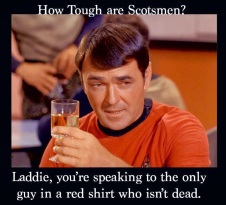 All of that said, Star Wars and Star Trek have narratives of friendship, loyalty, hot guys, and the thrill of discovery that have become embedded into our culture. They are our campfire stories. They are our legends. They spark the emotions and the imagination.

So what do you think? Maybe you don’t. Just do the poll.

Just because everything is random.

YES, you need to read STRANGE ADVENTURES IN A DEVIANT UNIVERSE and I will send you a FREE POSTER of this amazing cover by Jason Kemp. Click here for more information. 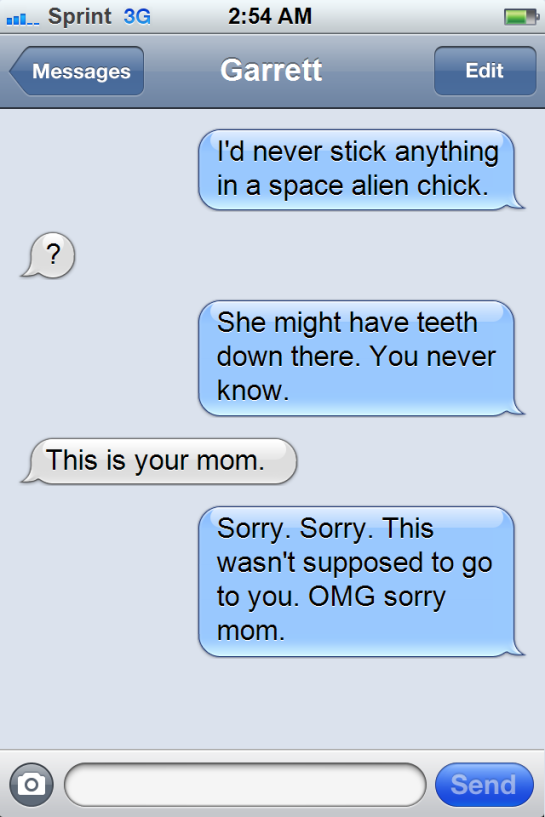 When you twenty year old son is texting with his friends about the Star Trek preview with the Kirk and the weird space alien girl, and he sends it to the wrong number.

Uncle Max, hunts rogue Vampires and Vampire Hunters for a living. He goes after just about anyone and anything that could do harm to Vampires or Regular Humans. Max lives in the shadows like an avenging angel.

Max is also my eldest brother and my husband’s best friend. I remember him as the annoying older brother. He remembers me as his smart ass little sister. Max and my husband have had a  164 year old bromance – best buddies forever, since they were born, like a couple of guys in a silly comedy (think of The Wedding Crashers or worse The Hangover with Vampires).

So Max stops by this afternoon, as usual dressed in black and totally buffed. He asks if he could do something with the kids. My children. My teens.

I love Max…But like all Vampire guys, regular human women are attracted to him. And with Max, being Mr. Alpha Manly Vampire, they are out of control. Add my “most handsome creature who ever lived” husband to the mix and we almost have riots of out of control females.

So, as the mother of a teenage son, you can see my concerns, even for a Vampire mom.

I tell Max to tone it down and not to encourage the ladies. I tell him that he has to be a good example to his nephew and keep the respect of his niece. So far my son Garrett has done a pretty fair job of keeping the high school girls in control, and I want to keep it that way.

My Vampire friend Angela told me it is the same with her husband. She finally have to lay down the law and tell him not to play with his food and show some respect.

I shouldn’t worry. They just went to the new Star Trek movie. But if you think Kirk was good with the ladies, imagine if he had been a Vampire. Wooooo!

I asked the kids if “it” happened. They said Uncle Max got a few looks. OK, Clara said he got a lot of looks. Garrett didn’t notice. Good Max.

By the way…they loved the movie. I’ll have to go see it soon. 3-D of course.

Live Long and Prosper. And for good luck, kiss a Vampire.