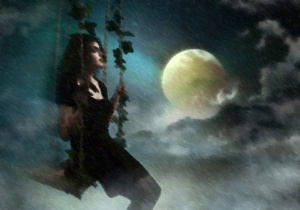 Yesterday the kids came home with news of a fight at school. There were stitches and a broken nose. It happened in the boys locker room. Kids were suspended. A boy was defending the honor of a girl. He pushed another boy and well, teenage boy shit happens, unfortunately. Selfies were put online of course. Everyone got the news about the stitches and face swelling blow by blow minute by minute. Not that this has anything to do with romance… but after being almost at the end of my parenting children days I find myself still surprised each and every day by something.

Clara’s boyfriend broke up with her by text message. Very low rent. Fortunately it wasn’t too long or too serious of a relationship. Her friends all gathered around.

Garrett is also a moody Valentine.  His girlfriend Ione decided to cool things off. She received a letter of intent from Yale. Good news. Celebrations. We’re all happy. But since she plans on accepting she won’t be at the same college that Garrett will attend. We don’t know where he is going yet.

I told them that they could have friends over on Friday. They invited the odd socially odd but nice Werewolf kids who live around the corner. They also invited a few other Vampire teens. No regular kids.

So today I get a call from the school that Garrett tripped and ended up with a slight injury. His friend Jake had climbed on the roof and was yodeling out a declaration of love to a girl named Jessie. Garrett was yelling (and laughing) at Jake to get down when he fell down a flight of stairs outside and slammed his head on the pavement below and hit his shoulder on a brick wall. Sort of like falling in the snowboard event at the Olympics. It was the same flight of stairs he fell down last year when he broke his arm. That time he was flirting with a girl and looked back over his shoulder at her.

Fortunately he’ll heal fast and is going to be fine in a few days.

What this means is that Teddy and I will be staying home and watching movies with the kids or writing blog posts or taking the dog for a long walk on Valentine’s Day or watching the Olympics. But that is OK by me. I treasure all my time with Teddy, well most of it. I treasure him. So you know, in a relationship like ours everyday is Valentine’s Day.

And speaking of adults…I asked my friend Adam the Werewolf what he was doing for Valentine’s Day. He showed me a card he had made for his girlfriend. Adam had also been looking at estate jewelry shops for the perfect piece of vintage jewelry. He’d found a square locket from the 1880’s in which he’d placed a photo of himself and his girlfriend. The plan was to run in the woods together as wolves then get back to his place for steak, a nice bottle of wine and truffles. A howling good time.

After I helped Garrett get settled in from his fall and talked to Clara a bit about the meaning of life I went outside to fill the bird feeder on the deck. Nigel, The Ghost was standing there leaning against the rail and brushing his shaggy black hair back from his face with a ghostly hand.

The Ghost had traded his usual funerary black for an Irish Fisherman’s sweater and brown leather pants. His eyes sparkled on his pale, almost transparent face. His girlfriend Mary, a charming 17th century ghost girl was dancing happily by herself in the woods behind my house.

“What are you doing for Valentine’s Day?” I had to ask. I’d asked everyone else I knew.

Nigel smiled. “Mary and I thought we’d take over the bodies of a couple of single people and have a night to remember.”

“Sure, why not? It isn’t easy to do but well worth the effort.”

I have to admit it, what he just told me, even shocked a seasoned Vampire like me. “You’re going to possess a couple of people for the night?”

Nigel shook his head at me and folded his arms. “And you’re going to no doubt put some poor soul into a trance and drink his blood. What is worse? Tell me Vampire?”

He had a point.

I asked him, “Will the people you possess remember?”

He shrugged. “Maybe. We’ve already picked them out.”

“So they’re going to wake up in the morning…”

“That’s right Jewels. Strangers in a strange bed with an incredible haunting feeling that they might have spent a magical night of love together. How awesome is that?”

“You’d do that to someone?” It was so, well shocking if you think about it.

Nigel got in my face. “Oh come on Juliette, get real. I’m 26 years old. I’ve been dead for almost 28 years. I get bored. A little hokey pokey in somebody elses body isn’t going to, well, it isn’t going to kill anyone. And I’m already dead and apparently damned so I’ll be fine. The couple we picked will end up liking each other. We made sure of that. Just call it playing cupid if it makes you feel any better.

Then he laughed and vanished into the night air.

When I was a girl I’d dream of romance and Victorian ideals of proper passion. When I grew older I found romance and lost it. And found it again. And lost it. But finally I came to realize that romance can be found and kept in so many ways. It is that brush of a hand on the back. It is a hand held while doing nothing. It is ironing my shirts when I’m busy (as you watch ESPN.) It is raising kids together and still making love at the end of the day with the bedroom door locked and then laughing when the cat starts to meow and scratch under the bed. It is just being with someone you love.

Wishing you all love and romance… but I hope in your own body.