A small brown dog came up to me today and gave me a sideways look and then growled under its breath.

“Go away” I hissed at it. The beast yelped and ran, tailed tucked, down the sidewalk. Who the hell lets their dog out during the day?

I’ve no patience for nasty little creatures of any kind this week.

My husband Teddy walked beside me and laughed at what I’ve done. “You’re horrible,” he said.

“That is why I love you so much.” He kissed me and took my hand for a while as we walked along.

The days are getting shorter which makes it seem like fall. It is still hot out. I welcome fall with the chance of cool weather and later fog and mists that sink the valley into a gray wonderland of light and shadow.

We were in town, I’d dropped by his office for no reason other than to drop by. He owns the upscale business where he finds treasures for seekers and unites people with objects of history and wonder.

As we laughed about the horrible little dog we talked about dogs we’ve known. Teddy mentioned a horrible dog his sisters dearly loved. They called the beast Sweet Charles. Everyone hated Sweet Charles. He was a vile little creature who never showed a second of loyalty or love to the girls who adored him. Sweet Charles was a mid-sized creature with tan colored wire like fur and the face of a gargoyle. Given the chance he would have killed the girls and eaten their souls but they only saw him for what they wished him to be – that was Sweet Charles. One morning the dog vanished into thin air. We all had our theories about what happened to Sweet Charles. I figured he ended up in the bottom of the river. Teddy said he always imagined his father had found a new home for the dog. We’ll never know.

Sweet Charles had been long forgotten, but there are other dogs we will never forget. Those are the many dogs who have captured our hearts unlike anything else on earth. They are good dogs, loyal, true and with hearts full of love. Good dogs. The kind of dog Sweet Charles should have aspired to be.

We both agreed that we knew people, we were mainly talking about Vampires we had known over the years, who were a lot like Sweet Charles. Their downfall was their inability to show any loyalty to anyone. They liked to be at the party but never were around when you needed them.

I didn’t ask Teddy if he ever thought about his long gone sisters. There were three of them. Three girls and four boys. Teddy was the second child and second boy. He was also the first to die and is the only one still around. Welcome to the world of Vampires. He rarely speaks of them. I don’t force it.

They were beautiful girls with dark glossy hair and dispositions like sunshine. I remember how they wore copious amounts of lace and could all dance better than any girls I’d ever known. They were sunshine. In turn I was not. But I loved them all.

I’d grown up next door to them in the beautiful house, with the elegant mother and the strange nocturnal habits and strange guests. We were eccentric, or so they thought. They had no idea we were Vampires. Then again, who really knows what goes on behind the doors of their neighbor’s homes. My brother Val and I knew what went on. We were into everything and into the business of all. Nobody could sit quiet and still and unseen for longer than we could. We were the invisible children who saw and heard everything. That is something we still talk about. Even my mother marvels at what secrets we found out – secrets that others thought died in the grave. Oh well.

We rounded the block among the old homes of the city and remembered when it was all new, back in the days when the streets flooded and everyone had a boat in their basement.

Teddy took my face gently in his cool hands and kissed me. “My love,” he whispered in my ear, then brought his lips down on my neck. Then he kissed my lips again and we parted until later.

This kiss stayed on my lips with promises of more. In the early evening we listened to tales from our teens of friends and school and the future. We laughed at our stories and embraced the night, as all good Vampire families do. 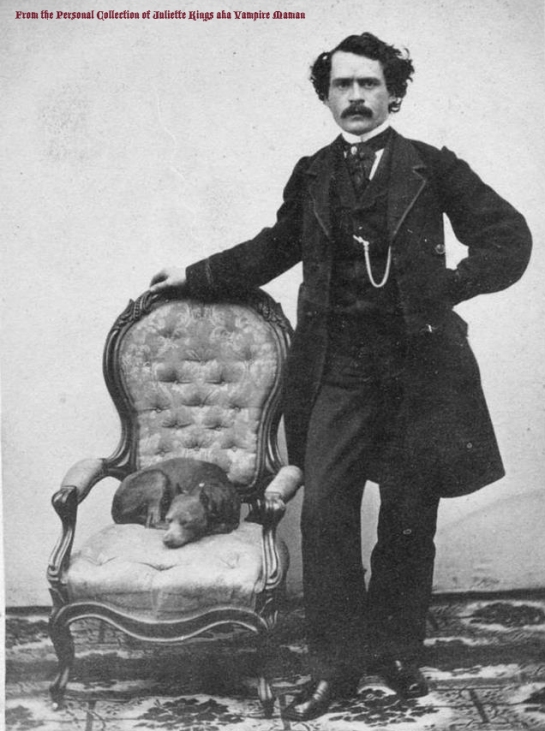 4 thoughts on “Musings on dogs, childhood, love and being a Vampire”