This morning I spoke with my son Garrett (age 20, in college, six-hour dive from here.) I’m always so proud at how confident he is. In fact I’m proud of all of his friends, and my nephew Logan, for being so confident, especially when it comes to interacting with women. Straight or Gay they all are so grounded.

Maybe it is the rain, and warnings about high water, but it made me think of a less fortunate man I once knew, when I was about Garrett’s age.

His name was Bernard. He was a family friend, and like us, he was a Vampire.

When he was a young man of astounding business success. At the age of twenty-five he was already wealthy. Despite the fact that he was a personable, and somewhat attractive man, Bernard was alone. This is because when he would have interactions with young women, or even older women, he would start to tremble. Many women found this trembling endearing, like they found trembling in small lap dogs endearing. To Bernard this was mortifying, so he stayed away from what he considered the fairer sex.

Eventually he went to a successful college friend, who was a bit more worldly than Bernard and asked for advice. What Bernard didn’t know what that his friend, whom we shall call William, was a Vampire.

William knew exactly how to cure Bernard. He turned Bernard into a Vampire.

Bernard would still tremble at the sight of a woman, but he learned if he put the woman into a trance, then drank about a half pint of her blood that he would stop shaking. Then he found that if he snapped her out of the trance, then made love to her, that he wouldn’t tremble for at least three days. All the women would remember was the most amazing experience they’d ever had with a man. Married or single, they all wanted to be with dear, sweet, trembling Bernard.

Soon Bernard grew tired of the friends-with-benefits and he found himself a wife. Estella was a lovely girl from a good family. She was quiet with very little personality, but Bernard loved her with all of his heart. She never knew he was a Vampire, and he never planned on telling her.

On the morning of their wedding day he went to visit all of his former female friends of good standing so that he would not tremble when he saw his bride. It was enough activity to keep him calm for a week. That night he was married and off to a glorious wedding night and honeymoon with his darling Estella.

Every other day he would take some blood from Estella and make love to her. She was happy and passionate in response, but soon her health began to fail. After a few years of constant blood taking Bernard realized that he was killing the woman he loved.

He purchased an elaborate crypt in the local cemetery for finer folks, then stopped his heart and turned cold (all Vampires can do this.) Estella thought he was dead. The doctors thought he was dead. Hundreds showed up at the funeral. Estella eventually regained her health, remarried another fine man, and had four lovely children and led a long and happy life.

Bernard escaped from the crypt (he had a key) and headed out West to seek his fortune.

Upon arriving in California he introduced himself to the Vampire community in Sacramento. It was February 1879. I’d turn twenty that October.

Bernard was successful in his new home, but he would still tremble when he was in the company of a woman. Swearing that he would never marry again, he quickly knew he’d have to find a network of women he could take blood from, and then seduce in order to keep himself calm.

My brother Aaron became good friends with Bernard. Whenever Bernard would be invited to visit Aaron and his wife Verity, he would ALWAYS make sure he would go to one of the local ladies of the night first so he wouldn’t kill himself in the presence of Verity. You see, Verity, who is like all of us, a Vampire, looks almost exactly like Botticelli’s Venus, in the Birth of Venus painting. The first time Bernard ever saw her he almost passed out from trembling. It was so bad that the floor shook and a vase of flowers fell over onto the table and spilled out on the floor.

One night before a party Bernard arrived early. He came upstairs looking for Aaron. Verity and I were upstairs getting ready, and not expecting anyone.

When Bernard entered the room he found me standing in just a petticoat and corset. His mouth opened and he started to shake. Then Verity stepped out from behind a screen completely naked, like Venus in the painting. Bernard trembled so violently that I thought he’d pass out, but then…THEN he trembled so hard that something amazing and quite disturbing happened as he turned gray starting at the top of his head and slowly went all the way down to his toes. He turned to dust and fell into a gray pile of powder on the floor. Verity grabbed her robe and got Aaron. The three of us stood and stared at the pile of what was once Bernard for at least five minutes. Then Aaron got the dust pan and swept poor Bernard into a Chinese vase and that was the last I ever saw of Bernard.

I called Aaron this morning and asked him what became of Bernard. My brother said he put the vase on the mantel in his office, but it would start to shake whenever Verity would walk into the room. After a few months it became too distracting so he took the vase to the river and shook the contents out into the current. When he told me the exact location I wasn’t surprised. The water constantly trembles at that spot, no matter what the level of the river is.

Now there are drugs, and other things like music, and therapy for those with social anxiety. For Bernard it was blood and sex, but unfortunately that isn’t always available when one accidentally runs into an extreme situation. Yes, poor Bernard, we knew him well.

By the way, this is a true story.

Have a good night everyone, and stay safe out in the winter weather. 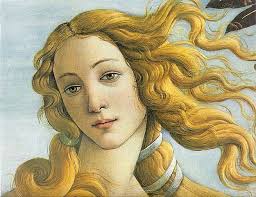 5 thoughts on “The Very Sight of You”