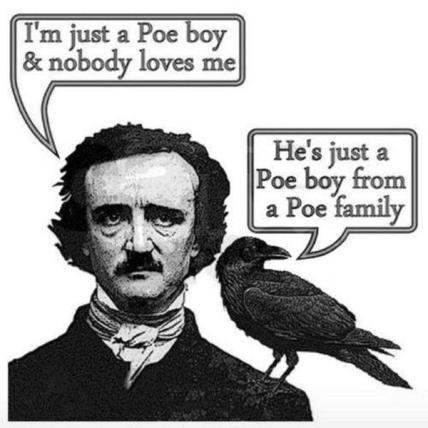 We will agree that we all know who Edgar Allan Poe was and are familiar with some of his work. I’ll have a reading list at the end for reference.

Don’t run off before you answer the poll below. It is fast and easy and the reason we’re here today. Just scroll down (but read the amazing story too.)

Welcome to the Next Great True Crime Mystery

In October of 1849, ten years before I was born, my parents were arriving in California with a baby boy and a group of Vampires who’d come out West to start a new life.

In the meantime, across the country on October 3, 1849, Poe was found delirious on the streets of Baltimore, “in great distress, and… in need of immediate assistance”, according to Joseph W. Walker who found him. Poe later died on Sunday, October 7, 1849 at 5:00 in the morning. Poe was never coherent long enough to explain how he came to be in his dire condition and, oddly, was wearing clothes that were not his own. He is said to have repeatedly called out the name “Reynolds” on the night before his death, though it is unclear to whom he was referring. Some sources say that Poe’s final words were “Lord help my poor soul”.

All medical records and Poe’s death certificate were conveniently lost.

Newspapers at the time reported Poe’s death as “congestion of the brain” or “cerebral inflammation”, To translate that means he died of the overuse of alcohol. To this day the actual cause of death remains a mystery. Speculation has included a multitude of dire conditions including delirium tremens, heart disease, epilepsy, syphilis, meningeal inflammation, cholera, and rabies.

The day that Edgar Allan Poe was buried, a long obituary appeared in The New York Post signed “Ludwig”. It was soon published throughout the country. The piece began, “Edgar Allan Poe is dead. He died in Baltimore the day before yesterday. This announcement will startle many, but few will be grieved by it.”

“Ludwig” was soon identified an asshole named Rufus Wilmot Griswold an editor, critic, and anthologist who had borne a grudge against Poe since 1842. Griswold somehow became Poe’s literary executor (no doubt through lies and bribes)and attempted to destroy Poe’s reputation after his death.

The story was fabricated by Griswold, and it was denounced by those who had known Poe, including Sarah Helen Whitman, Charles Frederick Briggs, and George Rex Graham. This account became popularly accepted, in part because it was the only full biography available and was widely reprinted. It also remained popular because many readers assumed that Poe was similar to his fictional characters and were thrilled at the thought of reading the works of an “evil” man.

A more accurate biography of Poe did not appear until of 1875 (Ingram). But once a lie is out it is difficult to retract it. Many writers used Poe as a cautionary tale against alcohol and drugs.  In 1941, Arthur Hobson Quinn presented evidence that Griswold had forged and re-written a number of Poe’s letters that were included in his “Memoir of the Author”. By then, Griswold’s depiction of Poe was entrenched in the mind of the public, both in America and around the world, and this distorted image of the author has become part of the Poe legend despite attempts to dispel it.

The very fact that Poe, a snappy and fashionable man was found in worn out clothing in a gutter went against the nature of the man. I believe he suffered from depression, of course, but I also believe that the notion of him drinking himself to death is wrong.

In the 19th Century, in America, people, especially man, all drank copious amounts of alcohol. The temperance movement in the United States was well founded due to the amount of alcohol most people consumed. Drink did not agree with Edgar Poe. So we he drank it went right to his head in extreme ways, but yet, if he had passed up a drink that would have gone against the social norms.

A few months before his death Edgar Allan Poe became engaged to his childhood sweetheart Sarah Elmira Royster. There were rumors that her brothers, who were against the union, had Poe murdered.

Sarah Elmira Royster Poe’s Love Interest at the time of he is death.

Poe’s friend Sarah Helen Whitman, a poet, and woman of good standing always insisted he did not die a dishonorable man. 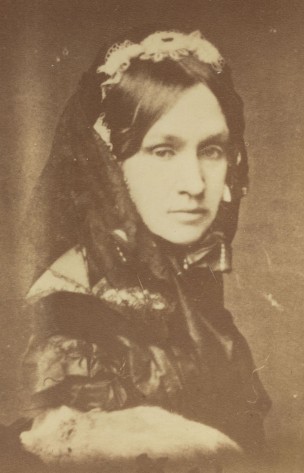 He did die a brilliant story teller and the father of the modern murder mystery, and modern horror.

If you get a chance look up the different stories about Poe. You’ll be amazed at what is out there.

Or, on the other hand, Edgar Allan Poe might still be with us, having come aboard the ship to California with the rest of the Vampires.

When I was a child my brother’s and I used to read Poe around a candle at night. Well, they’d read. As the youngest child I’d just let them scare the jeebers out of me. Later I read the stories on my own. And of course we’ve all seen (much later) the Vincent Price movies.

Some of the Works of Poe:

The Poe Shadow
by Daniel Pearl
Yes it is one of my favorite books. You must read it.

Your next project is to keep checking back here on Saturday mornings for the next BURNING QUESTION. 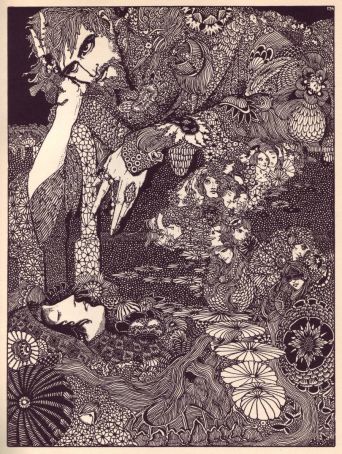