We had seen her wearing a veil to cover a bruised face. We could smell blood where her skin has split open from his blows. We had seen her wince from cracked ribs that hid underneath a tightly laced corset.

On a winter night when I was small, my brothers Aaron, Val and I walked down a dark muddy street for no reason other than to get out of the house. I was six, Val was seven, Aaron was a mature eleven (almost twelve.)

At the time the Civil War was over, Lincoln had died, and Andrew Johnson was president. That year the first Civil Rights bill would be passed, the ASPCA was founded, and the James Gang committed their first train robbery.

Closer to home, both Mark Twain and Bret Harte were writing for the Sacramento Union Newspaper. Construction was everywhere due to flood control efforts. Reuben Clark, designer of the state capitol, died in the Stockton Insane Asylum. And three Vampire children saved a life.

We didn’t go out thinking we’d rescue someone. Our parents had gone to a fancy party. Even in those days, in the winter of 1866, there were parties put on by those in society.

One night, for a few hours we were no longer under the watch of our parents or two elder brothers. We were free to roam the streets as we wished.

We came upon a new house built in the Italianate style. We knew who lived here. It was the woman with the veil, who smelled of tears and blood.

Aaron lifted me to the window so I could see in. On the floor a woman was crouched. I could see the moonlight reflecting off of the silk of her dress. Folds and ribbons swirled around her. She moved her head and cried out for help in a small weak voice.

The back door was open. It was after midnight so not a soul was awake except the woman on the floor. Silently we made our way to the front of the house and found the room she was in.

Aaron grabbed a candelabra on a table and the candles lit. My brother showed early talents for creating fire out of nowhere. Not all Vampires can do that but family caries that trait. It comes in handy.

On the floor in a dress of burgundy and gold crouched a woman. She looked to be in her mid twenties. Her brown hair was still up in complicated curls set with ruby and pearl clips. She looked up at us with fearful eyes, then realized we were just children. Bruises were forming around her eyes. Then we looked down to her hands.

Her hands were nailed to the floor.

“My feet,” she whispered.

Aaron pushed her large skirts aside to see that her feet had also been nailed to the floor.

“My husband did this to me. Help me.”

Aaron started to pry away the nails. He told Val and I told help hold her so she wouldn’t fall. I remember getting blood on my hand. I couldn’t help but taste it. I was only six so the temptation was too much.

Aaron held her face in his hands and sent healing cold through. Then he asked, “Where is he? Where is your husband?”

“You are Samantha’s children. Your parents were at the party. They suspected. I should have…” she said, then trailed off, looking at us with tears running down her  face.

“Why did he do this to you?” That would be Val asking. He was only seven but I could feel the anger growing in him.

“I told him that I was going to leave him. He demanded to know if I had a lover. I told him no. Then…then he said he would never let me leave, and he nailed me to the floor.”

Aaron went upstairs to find the husband. Val stayed by the woman with his skinny little boy arm around her. I followed Aaron.

A man lay on the bed. His handsome face was calm without guilt or shame. Aaron blew a cold breath over him.

The man opened his eyes to find two children standing over him. We’d made our eyes go black and our fangs were out. He screamed and then we tasted blood.

No, of course we didn’t kill him. But he did go insane. Maybe because of us. Maybe not. His wife was able to get a divorce. She had the floor refinished and a few years later married a man who was filled with joy and happiness. He was a man who loved her rather than owned her.

Aaron watched her and looked out for her for the rest of her life. She lived until 1941. It was a long and happy life with her second husband and children. The scars on her hands and feet eventually faded, but her beauty and the joy she brought to the world did not.

Our parents never scolded us for our behavior. They were too appalled by what had been done to the young wife. They’d suspected something was wrong. A lot of people had suspected but had never reached out. It wasn’t polite. Plus we were Vampires so we were always cautious when dealing with people of the warm-blooded variety.

It is always easy to look the other way. That is the beauty of children is that they don’t. They look. Children LOOK and listen. They also learn from what they see – much more than any grown up can imagine. It is sad that so many people forget those feelings they had as children and the memories of an unexperienced mind.

I drove by that house yesterday. It had been beautifully restored. Looking through it in the rain made me think of cozy reading in a window seat. It also reminded me of that night and the young woman who’d been nailed to the floor.

There are all sorts of nails both physically and mentally that people use to hurt others.

I don’t know what else to say. She married my future husband’s younger uncle. We are still in touch with a few of their descendants. They’re cool about having Vampires in the family. We’re cool. No puns intended.

If you know someone who might be in an abusive relationship please reach out. Vampires are rare, so you can’t always count on us to be there to help. 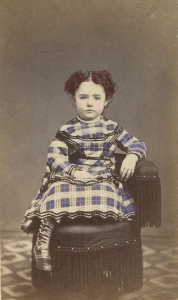 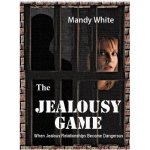 Jealousy is not a healthy or normal part of any relationship. A jealous partner isn’t doing out of love – he/she is doing it for control. I recommend “The Jealousy Game” by Mandy White, for all parents and teens and anyone (of any age) who might be at risk for staying in unhealthy relationships.

Yes, tell all of your human friends NOT to get involved with emotional vampires (for THEY are the evil ones).

It is also free on Smashwords and ALL OTHER online book sellers.
The Jealousy Game, an Ebook by Mandy White

One thought on “Nailed to the floor”