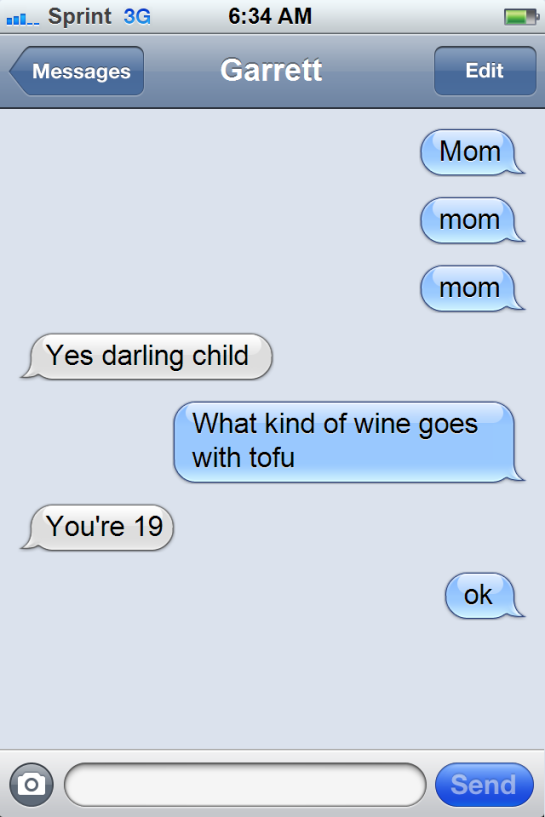 Yes, they might be in college and living on their own but they are still kids.

My child Garrett, and his roommates Layla, Bailey, Randy and now Austin, are going to have a dinner party this weekend to celebrate the new school year. Yes, there are five of them now. Austin just moved into a space the size of a closet as the fifth roomie.

So what is on the menu I asked? There are three Vampires, a Werewolf, and now Austin who is just a regular guy.

I had to ask, as a concerned parent, about Austin. Garrett said he was cool. His great great Uncle Bill is a Vampire so Austin is ok. Bill used to babysit him when he was a kid. He took Austin to Europe for a month after he graduated from high school. Austin knows Vampires.

Anyway, so what’s for dinner?

Tofu? Maybe. They’ll figure it out.

That is the wonderful thing about being nineteen is that you have to figure out almost everything, even though you think you know everything already.

But it is a good thing Mom is still there to answer any questions.

25 thoughts on “Tofu, Vampires and Growing Up”