“I love that story. I wish you’d make it into a book.”

Lola has been telling me that since 2012. She loves that story.

So I printed out a copy of my story The Travelers so that Lola could read it again.

“Except for a few edits, spell check, and a rewritten last sentence this is the same story you read in 2012.”

“The man who found Thomas Kent and his little girl didn’t have children.”

“You changed the story.”

I had printed out several other stories but I know she won’t read them.

Cody, a young Vampire, and friend, whom I’ve helped since his unexpected entry into my world, never listens to me either. That said, he is always ready with an opinion.

My husband Teddy pulled me aside and started talking family stuff. He goes on about my brother, my parents, and assorted folks I don’t want to talk about. I was seriously thinking my head was going to explode.

Anyway, as we gather with family and friends, you might notice that stories will change. Memories will fade, or morph into something else. The whole space time continuum will just fly out the window.

Somewhere around the table you might find at least one person who shares your memories as you remember them.

In the meantime I’m going to share, again, some Christmas memories from some of my Vampire friends, family, and other friends. I hope 2018 (despite all of the weirdness) brought you many good and treasured memories, and I wish you a Merry Christmas.

Memories from my Modern Vampire Family and Friends

From Andy: One of my fondest memories is walking with her in the snow at night. Her hands were hot, and as hard as she tried, she could never warm up my hands. 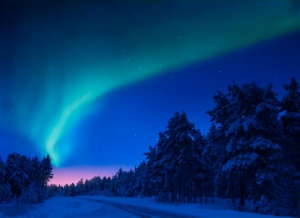 From Matthew: We looked at the stars in the night sky and didn’t feel dead anymore.

From Verity: A nip of brandy and a nip on the neck of my husband under the mistletoe.

From Lola: A lovely young man all tied up in red ribbons and bows. That isn’t figuratively either. He was all tied up.

From Tellias: We saw a great light in the sky and I knew something had happened that would change the world. That was a long time ago. I was very young.

From Eleora: We never did much for people we took blood from until we started to celebrate the Christmas holiday. Then we started to leave them presents. That is where the Santa Clause tradition came from. And this year I’m going to wear my red dress with the white fur trim and red boots and snowflake earrings.

From Val: My sister Juliette and I would sneak into churches and sing along to the carols. Everyone said it would kill us but we knew nobody who is damned could be so inspired by the music as we were.

From Cody: I used to be afraid of Vampires before I became one and found out how much fun they are, especially around the holidays. Well, except for the men in black and the zombies, but hey, you have to respect them for what they are.

From Adam (a Werewolf): Running in the mountain snow until we were so tired we couldn’t go another inch. My mother would be waiting with fresh meat, fruit cake and hot chocolate. We’d turn from wolves to boys and run naked all over the cabin as my parents laughed. It was crazy but, you know, we’re Werewolves.

From Aaron: We used to act out the Christmas Carol except someone would always tear out Scrooge’s neck before my mom could finish the narration. Oh man, we would laugh so hard.

From Max: Candle light and the long cool kiss of another Vampire.

From Teddy: I’ll never forgot the Christmas I pried my mother’s necklace off of the rotting corpse of the woman who stole it. I knew at that moment that Juliette was the Vampire I would one day marry and would proudly wear the necklace. It was also the night I learned I hadn’t lost my soul, or at least not completely.

From Jayne: I wore a red velvet dress trimmed with flowers and holly. The room was filled with candles and garland. Everyone tasted like cinnamon and whiskey.

From Ione: I was so excited about seeing Santa that I bit the cat.

From Elizabeth: Going for angel walks in the cemetery at midnight with Jayne and Mehitabel. The stone angels inspire the singing of the dead. It is quiet lovely and moving if you know what tombs to visit.

From Nathaniel: After years of spending Christmas protecting my kind from Vampire Hunters, I look forward to spending a quiet Christmas with my wife and child. I think I earned it.

From Thomas Kent: Christmas is a time for us to make frozen hearts warm and inspire peace among all creatures, even those of the night and cold.

To learn more about the individuals above click on their names.