My heart is in this place. The Crocker Art Museum, in Sacramento California, is such an amazing, beautiful, wonderful museum. Put it on your MUST SEE list.

I’m just posting images today. No words necessary. If you have any questions just ask and I will answer. Or go to crockerart.org for more information.

I can’t always explain the wonder and awe and feeling of being so complete and one with the universe when I’m in the presence of art. It is time travel for the soul. It is the essence of being. It was something that transports.  It is like a high that no drug can match. It is magic. ~ Juliette aka Vampire Maman

Enjoy. Oh, one more thing. I’ll post a story inspired (sort of) by the museum. It is also about dogs and full moons and maybe a little romance…maybe. 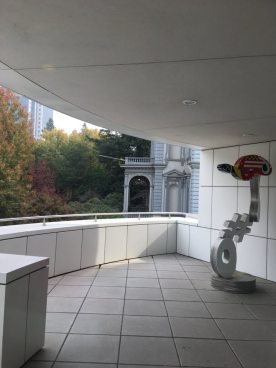 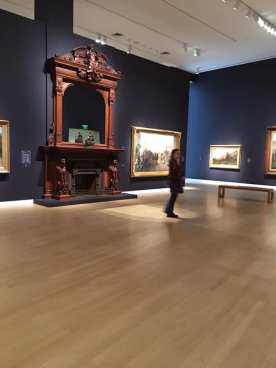 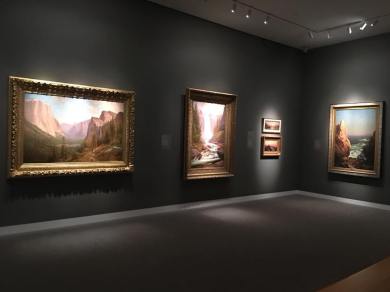 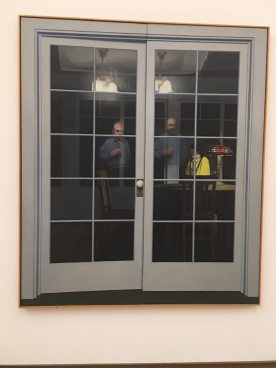 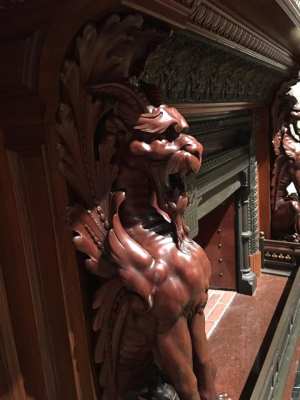 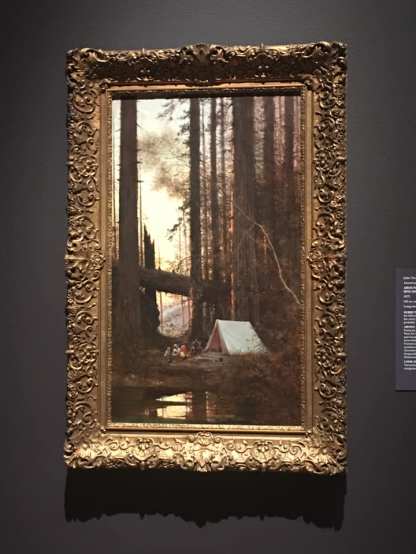 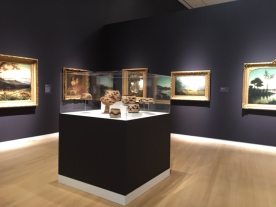 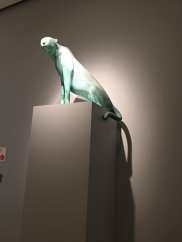 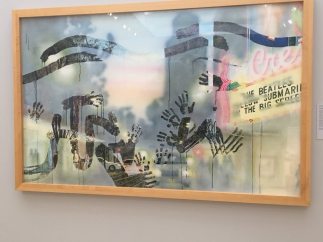 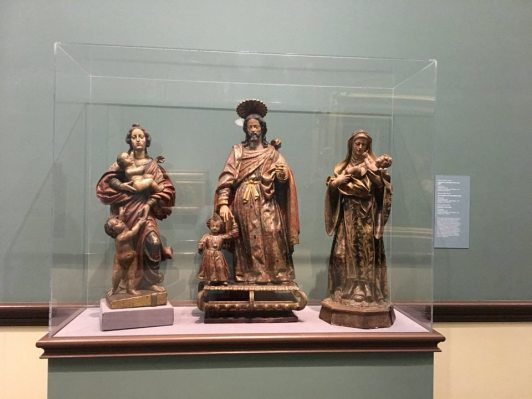 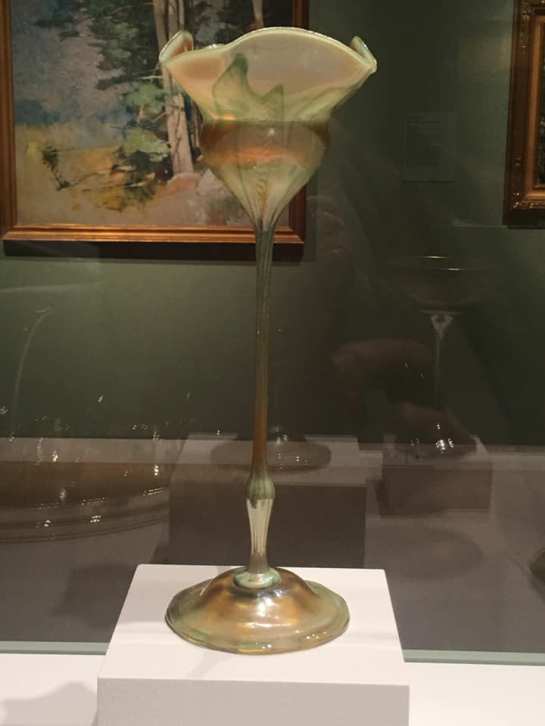 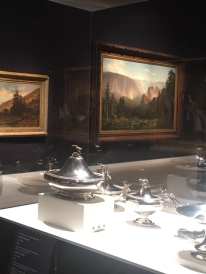 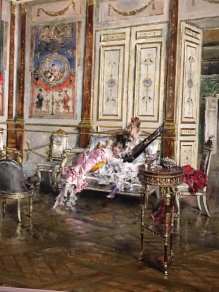 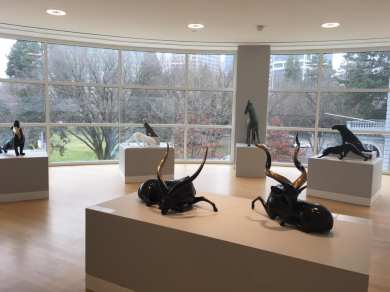 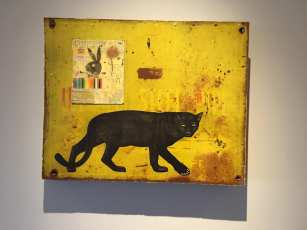 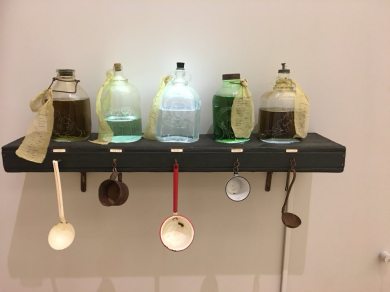 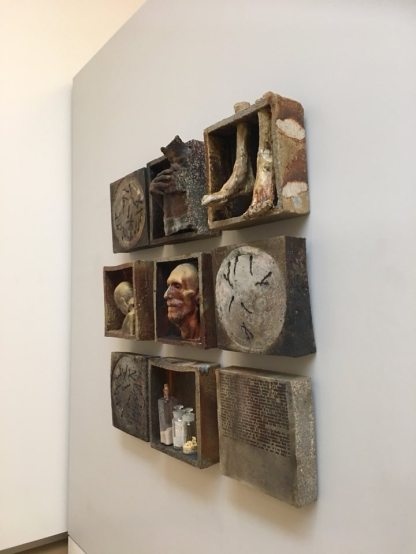 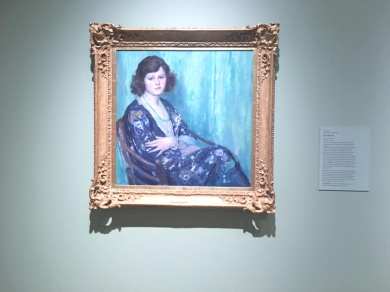 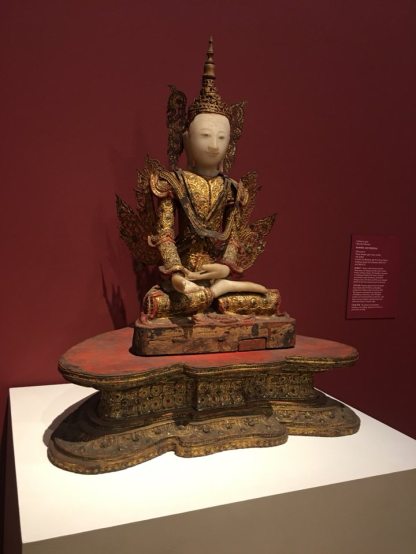 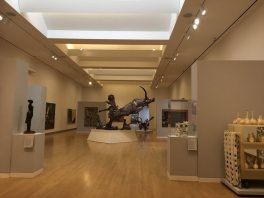 Constantine Jones sat on the bottom of the museum steps wondering what just happened.

Earlier that evening he’d put on his best Armani suit, a Hermes silk tie, and was feeling good about the outcome of the evening. It was to be a charity event. Beautiful people would be there dressed up. Everyone would be relaxed, and happy, and it would be delightfully fun.

After discussing art and drinking champagne he’d lured a few well-heeled patrons to remote galleries to see some unusual modern art. There he took a few pints of blood from wrists and left his donors with no memories, except those of a delightful conversation with a well dressed, nice looking young art expert. Well, a 165 year old art expert, but that was besides the point.

Then in the main gallery, the California Room, he saw her standing in front of the Thomas Hill grand painting of Yosemite Valley. She wasn’t the most beautiful woman in the room but she was attractive in a cute sort of California girl way, and had that delightful look of both shyness and playfulness. Her olive green dress shimmered along the neckline with iridescent beads. As she turned her head towards him it was like a lightning bolt had hit his heart. First sight.

Second sight as well. A smallish dog of unknown breed stood next to her with a service dog vest on. A service dog. Why did she need a service dog?

With his usual ease, Constantine approached the woman. He asked if he could pet the dog. She said yes. She told him she’d had a head injury when she was in Afghanistan. She’d been in the Army. He would never guessed. The dog could detect seizures.

They talked for an hour about art, and life, and it seemed as if he’d met his soul mate. It was the best hour he’d ever spent. Then she was gone. He hadn’t even asked her name.

So like Prince Charming, he sat at the bottom of the stairs wondering where Cinderella had gone. All he had of her was one of her earrings he’d found on the steps. It was a gold strand with a single diamond on the end. The diamond was real.

I might as well walk home he thought. It was just a couple of miles. He’d clear out his mind. The full moon, and lights from late night downtown bars and restaurants lit the way.

Out of the corner of his eye he thought he saw a large dog wearing a back pack. A service dog? A smaller dog in a vest followed. Around the next corner, in an alley, he saw three more large dogs in the dark, all wearing packs.

Maybe it was a training exercise. The dogs could have been German Shepards looking for drugs or a missing person, or even bodies. It was weird, but at this point he didn’t care. He just wanted to go home. He was a Vampire so weird and unusual was over rated anyway.

Constantine thought about the woman he’d met. She’d been a nurse in a convoy, and there was a bomb. She didn’t say anything else except that her dog was named Tess. She liked Jazz music, indie films, and indie books. Of course she liked art too. She was a high school art teacher now, having moved on from nursing. But sometimes she helped out the school nurse. Weird how he got those details. He’d told her… what had he told her about himself? Not much. He was a Vampire so he never told much, at least not at first. He’d told her that he ran a philanthropic foundation that supported the arts, and other causes. He told her he had two cats and liked astronomy. She also was a watcher of the moon and stars. Then she kissed his cheek, excused herself, and a few minutes later he saw her walking out the front door of the museum.

As a Vampire he usually had a good feel for people but he couldn’t get a final read on her. Again, he thought about the fact that he didn’t even get her name. But the dog was named Tess. Tess the service dog.

Constantine thought about war. He could imagine the horrors she’d been through. He was a child during the Civil War or the War Between the States, whatever they wanted to call it. Those weren’t memories he cared to relive. He’d come out to California as soon as he was old enough to be on his own, as soon as he’d become a Vampire, and stayed there.

As he walked along the dogs with packs stayed in the alleys and shadows. Looking at the local news feeds and police scans from his iPhone he found nothing. One of his neighbors was a K-9 cop. Constantine would ask him about it tomorrow.

Arriving home at his craftsman style bungalow he noticed a few dogs in packs at the end of the street. This was getting weird. Odder, and a nice surprise, was that a woman in a slightly wrinkled olive green dress, and a single diamond and gold earring was standing on his front porch.

Tess the service dog stood beside her. Hanging off of her shoulder was a back pack.

No. It couldn’t be. She wasn’t Cinderella. She was a Werewolf.

They introduced themselves, again, but this time with names. Her name was Diana. Like the goddess of the moon.

“You have my earring,” she said smiling and holding out a hand.

“You have my heart,” he heard himself saying, much to his surprise.

Then he kissed her under the full moon, as Tess sat at attention and wagged her tail.