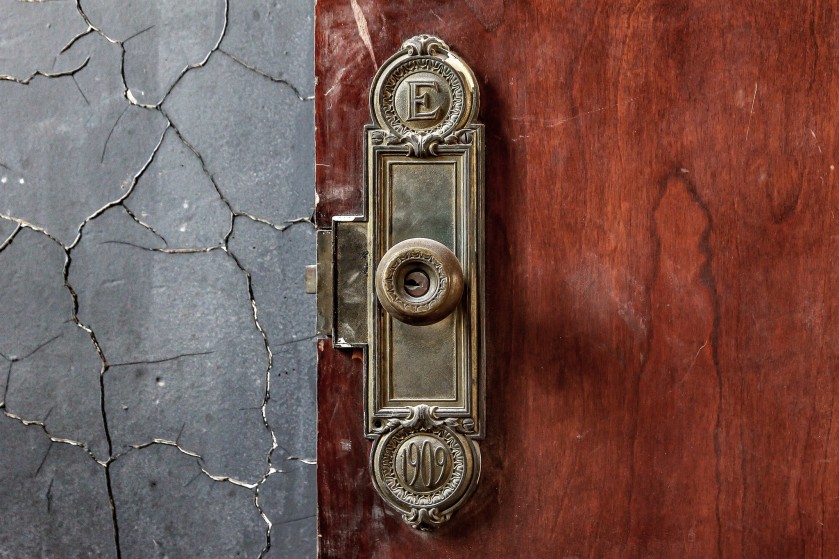 Delivered to your door…

I looked at the muscular, almost beautiful, naked body on the bed and the folded up sheriffs’ uniform on the chair. The badge seemed to sparkle saying “look at me, look at me.” A white and pink orchid flower was behind his ear.

Holy crap, this wasn’t how I’d planned on starting out my week.

I was busy on my deck and getting nothing done, as usual, when I heard my son’s voice.

“Mom, Uncle Val is on the phone.” My son Garrett stood at the sliding glass door holding my phone out at arms length.

My brother Valentine, thirteen months my senior said I have to come right now. It was an emergency. Nobody else could come. None of our three older brothers could make it. Everyone else had suddenly vanished off the face of the earth.

I arrived at the farm house, my two teens in tow, slamming the door as hard as I could when I got out of the car.

I’m usually pretty calm but I lit into my brother when I saw him walking towards us. “Nobody ever consults with me. I’m the one with the kids and the husband and my own business. I’m on fucking call 24/7 for everyone in this family and nobody ever asks me what I want or need. Nobody.”

“Are you done?” Val asked this in an uncharacteristically sarcastic tone.

My brother scowled at me and shook his head. “Why are you yelling?”

I went into the house leaving him in the yard. I could hear my son saying “Bad day to mess with my mom.”

Dealing with the sick and elderly is something we do. We do it for love or obligation or family bonds or whatever the reason it is usually on autopilot fueled by guilt and frustration. I’m so saint but sometimes I want to play that saint card so much it hurts.

Eleora stood at the door in a yellow bikini top and a tie-dye skirt, her brown curls done up in red bows. She fluttered around then kissed me on each cheek. Tellias gave me a big hug. He was wearing a green shirt with yellow parrots embroidered on the back. A patch on the front said Dave in large script letters. His white blonde hair was pulled back with a green ribbon.

They look like they’re 19 or 20 years old but they’re ancient – two of the most ancient Vampires known. They were pioneers and founders of the Modern Vampire movement. It is hard to see them like this. It literally breaks my heart.

Steel guitars were hissing away on a scratched up old record playing on a wind up phonograph in the corner.

“We’re being tropical tonight,” said Eleora as she danced around and put an orchid flower behind my ear.

I was ready to scream. “Again? Where did you last have them?” I asked slowly and calmly.

“If we knew that we’d be driving,” said Tellias, as he took the ribbon out of his hair and shook it out on his shoulders.

“We’d take a road trip to Montana and Maine and Michigan and Maui!” Eleora sang as she danced around again.

“How long have the keys been gone?” I asked.

“Two or three weeks. Val won’t let us use his car,” Tellias said.

“He says we drive too creatively,” Eleora giggled.

“Yes, he said we drive too creatively,” added Tellias.

“Creatively. That was a nice way to put it,” I said more to myself than to the Elders. “What about food? Is Val bringing you food?”

Tellias patted my hand. “Val has been a darling but we like delivery. We call and they come to the house. Amazing. We should have done that a long time ago.”

Delivery? What in the world were they doing? I looked at the hanging chandelier in the entryway. “Nice fixture. Is it new?”

“A couple of nice men came and installed it,” Tellias told me. “It should last for years. The old one was fitted for gas and ugly. Remember?”

“We had them for lunch,” Eleora proudly told me.

“You shouldn’t do that. They’re help,” I told them.

Eleora just smiled. “We liked them Juliette. We wanted them to stay.”

“Are they still here?” I asked not knowing if I wanted to know the answer.

Tellias answered this time. “No, they left. Then we called the County Sheriffs and asked them to come out. We said someone tried to break in. Eleora sounded scared. They sent two good-looking strong young men right to our door.”

I glanced out the window and saw the black and white car on the side of the house. Oh no.

“Where are they?” I asked trying not to panic.

They both looked to the ceiling. I ran up the stairs.

In a bedroom done in high Victorian style, I found a golden haired well-built man face down and naked on the bed. His uniform was neatly folded in a chair. He was alive but in a deep sleep. The name badge was Murphy, as in Officer Murphy.

Another handsome muscular young man was in the next bedroom over, shirtless on his back, asleep. I noticed a wedding ring on his finger. The name badge on his shirt had the name Garcia. His sleeping eyes moved a little under long dark eyelashes.

I called down the stairs. “How long have you had these guys here?”

“Since yesterday. We jammed the GPS on their car.”

I sat down on the top step, almost in tears. They couldn’t find their car keys but they could jam a GPS signal. I thought about the guy with the wedding ring. His wife must be sick wondering where he is.

In most popular novels ancient Vampires are powerful creatures of the night. In my life they are silly creatures that forget all rules about consequences or right and wrong. They act like senile teenagers, with occasional flashes to the wise, powerful leaders they once were.

Tellias sat down next to me. “We thought about keeping them for a while. Then you and Val wouldn’t have to worry about us.”

Eleora slid down on the other side and stroked my face with a cool hand. “Why are you so upset? Everything will be fine. It always is.”

We dressed the nice handsome patrol officers and positioned them in less provocative poses. An hour later another patrol car and an ambulance arrived. Two officers had become ill with an unexplained illness. Not knowing what to do a young couple took them in to their home. All was well. The officers recovered with no memory of what happened. Both mentioned an overwhelming calm and sense of well-being. Imagine that.

Tellias took my hand, like he did when I was a child. “Juliette, my dear child, we weren’t going to turn those young men into Vampires. You know we wouldn’t do that.”

“I just worry about you two,” I told him.

“You care too much for those Regular Humans,” said Eleora. “You have to distance yourself.”

“I’m married to a man who used to be a Regular Human,” I said quietly, but ready to scream.

Tellias squeezed my hand again. “And if it wasn’t for Eleora and me he would be dead.”

I went back to the bedroom where the married officer had been. Years ago my husband lay in that bed, a phantom between two worlds, that of the humans of the light and those of us who favor the dark. An unwanted conversion that had turned those warm hands cold forever, but given me…

I looked over to kids standing next to me. A 14-year-old daughter and a 17-year-old son. They shouldn’t have to see all this, but I don’t believe in sheltering them. I never have.

I guess I should do my famous parenting blogger bullet points but there is no point in this story. It is just one of those things, on one of those nights.

“Delivered To Your Door” was first posted here in March 2014. The kids are in college and the elderly Vampires are still sending out for delivery, much to my chagrin.