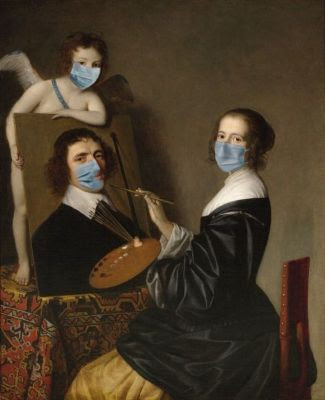 What we’re talking about today.

I just found out about a tsunami warning issued following 7.5 magnitude earthquake off Alaska Peninsula today.

The tsunami warning signs at the coast are lovely graphics but they are a reminder that it can, and will, happen again. We don’t know when or exactly when but it will.

Almost everyone around where I live has a story about either the 1906 or 1986 San Francisco earthquakes, or ones in Northridge, San Fernando, and Long Beach, or Humboldt and Santa Cruz Counties.

Which brings us back to everything else in 2020…

Weird stuff always happens to me so I’m doing ok during all of the current weirdness. October usually brings it on for me with general death and distruction, but any month works for stupid shit and unusual nobody wants to deal with.

On the other hand October is usually the best month of the year. First of all it cools off. It isn’t cooling off this year. But hey, my kids are coming up to visit. Woo Hoo.

I don’t know if the leaves will even change this year or just stay green and everything will evolve into evergreens. At least the migrating birds are migrating and sticking to schedule.

Fire season isn’t over yet. I watch the skies and the dry grass and trees hoping that nothing around me, or anyone else will catch fire. We’re tired of fires. We’re tired of the BS that surrounds them with the lack of fire cruse or aid for those in the way of fires, and PG&E bull shit. Why the hell are all of the power lines still above ground? It know it is expensive to bury them but isn’t it more expensive to have the entire Western United States burn down every single summer and fall?

There are two weeks left until the election. I don’t suspect that all of the political weirdness will end because no matter what the results there will be… let’s just hope whatever the reaction is to the outcome that it doesn’t rival a Stephen King novel.

I’m still not sure if I’ll carve the pumpkins on my front porch. If I do I might as well pull out my magic witch hat and dress up the dog. The kids will be here for Halloween too so no matter what it will be fun. Vampires always find ways to have fun.

What else is new.

My daughter sent me this video. I laughed and almost cried.

The Crocker Art Museum will now be open four days a week. I am so jazzed. I’ve made reservations for my birthday.

I’m just thinking out loud. What are you thinking about and talking about?

No matter what wear a mask, stay safe, talk to your kids, hug your cats and dogs or whatever critters you call family, don’t be a dick, be kind, and as always kiss a Vampire. xoxox