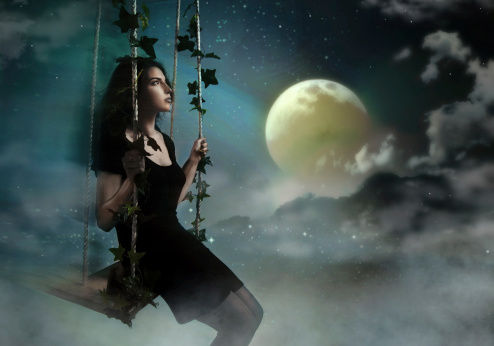 Baby you can drive my car (but not an old VW Bus, absolutely not)

My son Garrett and his best buddy Randy decided they wanted to sell their cars and go in together on a 22 window VW Bus. Uh, no. Absolutely not. Randy’s mom and I both said NO. Their fathers said NO.

They’re both 18 but we (the parents) pay for the insurance. We’re also paying for college. They said they could put their surfboards in it. They can put surfboards in their current automobiles. There are so many reasons why getting a 22 window VW bus is so wrong. Not morally wrong just stupid and impractical.

This is from someone who used to drive a 1969 Fiat 124 Sport. I spent a lot of time on the side of the road with that car. I claimed to love it. Yeah, there were some guys I thought I loved too but they turned out to be Fiats too. Fiat stands for Fix It Again Tomorrow. I loved to drive it – when it ran, which was about 8 months out of the year.

A 1962 VW Bus also stands for Fix It Again Tomorrow of course unless there is a fiery crash before then. And they’re ugly and God knows how many children were conceived in any one of those things and how many tons of pot were smoked in there. VW Bus no doubt stands for Very Weird Business. The ghosts of hippies past is enough to make my head spin. Hey, I’m the mom so I get to say things like this.

So Garrett, in a rare snarky moment, said they could by a hearse. Why not? They’re Vampires they tell me. Absolutely NOT. NO NO NO. Holy shit. No creeper vans either.

I said they could get Vespas if they want to be quaint and charming. They kind of liked that idea.

Fifteen year old Clara on the other hand is thinking along different lines when it comes to cars. She mentioned that she could get  riding lawn mower, the big John Deere kind. She could drive it in the bike lane the 4.5 miles to school. After school she could make money mowing lawns. Sounds good to me. They won’t let the kids ride horses to school or motor homes but I don’t think they ban riding lawnmowers in the school parking lot.

Right now she is taking her online driver’s training in order to get her permit. She said she’d be happy with any car. Good girl. I’m kind of liking the riding lawn mower idea.

I told the boys that they should take the train next time they come home. According to online sources it takes about 7 hours to drive and 5.5-6 hours for the train. Of course it might take 12 hours for either one depending on the conditions, but sometimes a train is a lot of fun (especially for young Vampires.)

Garrett and Randy can usually be found in jeans and some sort of tee band shirt, sweatshirts, or trendy button up, but they are known for channeling their inner Victorian or Rat Pack. Randy likes bright plaid pants, while Garrett has a fondness for vests and hats.

This week they were both on a Frank Sinatra kick with jackets and slacks, but by the end of the vacation they were looking more like lumber jacks. As usual Garrett raided the boxes of his dad’s old things for old formal wear and unusual silk ties. Randy has started to collect vintage Hawaiian shirts – the louder the better.

For Garrett and Randy winter quarter started yesterday. So far so good. Garrett did well his first quarter away from home. Dorm life brings a riot of funny stories. School has been good as well. Chemistry isn’t a lot of fun but other than that he loves it and grades are all good. I’m getting the same reports from Randy. Somehow the two make it work. They always look good.

We talk almost every single day and text but Garrett is still 400 miles away. Somehow I fool myself into believing it isn’t that far since we’re still in the same state.

Before he left Garrett told me about a girl named Morgan who lived in his dorms. She was pretty and considered sweet. But she was one of those people who stays near the wall and doesn’t reach out to others. She was also a Vampire but she’d never reached out to the others like her. She’d been polite but kept to herself.

Before the students left for break they had an impromptu party on Garrett and Randy’s floor. I suspect my son and his best friend were the official hosts but I’m not sure.

Some of the other students were sort of teasing Morgan. “What do you eat? I’ve never seen you eat anything?” Rather than a witty comeback she sort of shunned away from the conversation. Then she slipped down the hall and down the stairs.

He followed her out. She was angry at him for following her. She spun around in the stairwell and snapped, “What do you want Garrett?”

“I’ll be fine. I can take care of myself in the dark.”

“No you’re not. You have no idea what it is like to be completely different from everyone.”

So he showed her his fangs. “I do know.”

Then she started to cry. She’d been so alone and never knew there were at least a dozen more Freshmen at the university like her. She’d been afraid to find donors in the dorms so she started to hang out with graduate students and spend late nights in the library and roaming halls of open buildings.

“You didn’t know I’m a Vampire did you?”

Come on Garrett, of course I know you’re a Vampire. You’re one of the Vampire Elite,” she told him. “You could charm the blood out of Venus de Milo. All the girls love you. Aren’t you afraid someone will turn you in for sexual harassment?”

Garrett stood firm. She was goading him and trying to anger him. “Come on Morgan, my donors don’t know anything happened. Plus I make them happy.”

She gave him a cynical look. “Donors? Don’t you mean prey?”

“You have to make them happy Morgan.”

“I do…usually…sometimes. I know. I just don’t always feel comfortable. It’s easier just to be in the shadows and make them not know. ”

What he more or less got out of her was that making people feel fear or nothing sometimes made her feel like she was in control. Outside of the classroom she never felt she was fully in control.

“I’m not like you and Randy. My family were practically Shadow Creepers. They were ghouls. My parents abandoned me. I don’t even know if they’re alive. I’m Maedocian. Non practicing but… I’m not like you. Don’t you get it? I’m…”

Garrett cut her off. “We’re more alike than different. Let’s go back. You can hang out with Randy and me. I’ll introduce you to the other Vampires.”

She smiled and gave a little laugh. That was good to see. She was beautiful when she laughed. Most girls are.

“And Morgan, don’t ever be ashamed of being who you are. There is nothing wrong with being Maedocian.”

She wiped away another tear. It is rare to see a Vampire cry, even a young one. Garrett had never seen another Vampire so hopeless and alone, or not so alone when it wasn’t by choice.

Maedocians or sometimes on rare occasions called Erebusians. Tellias, who is over 2,000 years old and was around in the old times remembers them using the word Erebus in reference to their group. They took a Greek word referring to shadows and used it for their own proposes. They might have been a mix of Greek or Hebrew but nobody knows for sure. They are not those in the stories of Lamia or Lilith, but come from something without connections to demons or spirits.

They follow the philosophy of a Vampire called Maedoc who lived ancient times. He said that Vampires were chosen to protect the Earth from incoming tides of demons. Everything else after that is sort of vague to me. Some of their customs are odd and they can be extremely spiritual. They’re the oldest known organized group of Vampires, or at least the oldest active group that I know of.

Eleora and Tellias both remember their parents mentioning Maedoc and Eleora’s mother might have known him.

I’ll need to do more research – that is if anyone wants to know more.

Anyway, they went back inside and he introduced Morgan to the other Vampires. She texted him a couple of times over the break. She’d gone to stay with a group of her people in Las Angeles. From what he gathered everything went well.

Garrett wasn’t feeling romantic about her, but he did want to be her friend. When she wasn’t brooding she was interesting and smart.

I called about the VW Bus he’d been interested in buying. Thank goodness it had sold – to somebody else.

Garrett called me when they arrived back at the dorm and said on the drive back to school that Randy had talked about starting a band. Then my child said, “I miss you already mom.”

I miss him too. But I am also excited for him. I’ve let my little bird fly and now he has grown into something with a wide wing span (I know that sounds sappy but it’s true.)

Wishing you all a good week. Drive safe.