The cat stood at the door. She asked to go out, or I assumed she did from her meowing. I opened the door. She walked away. I’m not playing this game. The door is now open. She doesn’t realize that the cold doesn’t bother me. For a brief moment I reveled in the thought that the cat does not understand Vampires. Then she jumped on the table and bit my hand. She was purring. I do not understand her game. I hate cats.

My neighbor took me to a Kings Game. He told me that I was to dress casual and to wear purple if I had it. I wore a purple dress shirt with a black tie and black slacks. The ladies had to rub my arm and smile. Women are so forward now. They said I looked gorgeous.

We arrived at the stadium. The Kings were going to play the Celtics. I missed pageantry and was feeling excited about the spectical.  Every seat in the stadium was full. People wore purple and green. Some had cowbells. A new leader, someone they called the Coach was to be crowned…or at least I thought.

The Celtics were not the Celts I knew of. They were huge, tall men. Some were over seven feet tall. They did not look like Celts.

Then the Kings came out. They were the huge men as the Celtics. I wondered what sort of challenges they would partake in. I saw no weapons.

They played with a ball. They threw it into a basket. At first I didn’t understand why everyone was so excited, then I was swept into the pandemonium. Girls danced. Music played, The crowd cheered. People yelled. Everyone danced. My neighbor’s wife grabbed me and we were on the “hug cam.”

Nobody was killed during or after the game. The losers were not punished. Everyone was happy. I don’t understand. There must be consequences unless this is just a circus show masked as a royal tournament.

The spectacle of last night made me think of a story my Baba used to tell. It was long centuries ago when I was a child. It was back when my blood still ran warm and my heart would beat strong in my chest.

Once there was  a prince called Alexander who was betrothed to marry a woman he did not love. This woman was beautiful but she was also shrewish and it was rumored she took many lovers and would continue to do so after marriage. She planned to lock Alexander up and keep him to herself, as her toy. Young Alexander, only 16 years old, wished to be free like the squirrels and other woodland creatures. So on the eve of his wedding to the woman he did not love Alexander fled into the woods.

Alexander became lost in the deep dark forest. The branches tore at his clothing and hair. He did not know what to do until he heard the sound of clicking and then laughing. Going towards the noise he found himself in a clearing. In the middle of patch of mowed grass was a table. At the table sat a squirrel, a possum, a cat and a snake. They sat around the table with bottles of wine and a cup of dice.

They looked up at the startled young prince. The cat said in a voice rich with musical tones, “please, Alexander, come sit with us. Come play our game.”

“Tell me the rules,” said the prince.

The squirrel bushed up his tail and turned his head to the side. “First you must tell us your wish. Then we all throw the dice. Those with low scores must take a drink. The player with the high score gets to ask a question of one of the players.”

Alexander thought this was an odd game. “Who wins?”

“You’ll see,” purred the cat, then she licked her paws and slicked back her whiskers. “What is your wish.”

“I wish to marry for love, eventually. I’m only sixteen,” said Alexander.

They all nodded, even the snake who stared with a flicking tongue and black eyes like polished obsidian.

The cat motioned for the game to start. The squirrel rolled five, the cat rolled seven, the snake rolled two, the possum rolled eleven and Alexander rolled twelve.

The snake hissed and rolled it’s eyes, “I win because I rolled my own eyes. I’m also tired of our wine.”

“And we’re tired of your whine,” said the squirrel. He then took the snake by the tail and threw it into the forest. Alexander could hear it cursing and slithering away through the brush.

The all drank big slugs of wine and told Alexander to ask a question of one of them. “I will ask you a question,” he said turning to the possum. “Why do you play dead?”

The possum grinned with sharp teeth and answered, “I play dead because there are Vampires in the woods. I wish to keep my blood so I play dead.”

The squirrel laughed. “Roll the dice.”

The squirrel had the high score of ten. He asked the cat, “Do you like living in the woods.”

The cat slowly closed then opened her bright green eyes. “I love my friends but I wish I had a forever home.”

The possum started to cry because her answer made him so sad, so they all quickly took a drink and rolled the dice again and again. The game went on for hours until they were all too drunk to play anymore.

In the morning Alexander woke up on the table with the cat sleeping in the crook of his arm. The squirrel was sleeping on a branch above them. The possum was sleeping under the table. The snake had returned and was sleeping curled in a tight coil by the prince’s feet.

The cat opened her eyes and started to purr. Alexander scratched under her chin. “Who won dear cat?”

“You did,” said the cat, “but there is a catch. You must take me back to your home in the castle.”

Alexander and the cat said goodbye to their friends and promised to return.

Upon his return Alexander was greeted with angry words from the woman he was to marry. She pulled him by the ear and slapped his face. When he could take no more he opened his jacket and out jumped the cat. The horrified woman backed away. Her eyes started to water and turn red. Then she sneezed so hard that her brains blew out of her nose and she fell dead upon the floor.

The cat said, “I had heard she was allergic. That is why all cats were banned from the castle as soon as the engagement was announced. Now you can become a man in peace and I will live with you as your cat. I’d like to tell you that I’m really an enchanted woman, but no such luck, I’m just a cat.”

Then the dogs came in and licked up the brains and they lived happily ever after together. And eventually, about ten years later the prince found his true love, and she loved his old cat as much as he did.

And that was the end of the story.

After writing down this story, my cat jumped in my lap. I wondered if she would kill for me. I doubted it. 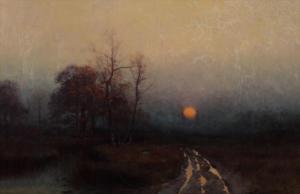 Tonight I went out for dinner.

Now I go to a local gathering place and women approach me. They smile and tell me I’m cute or gorgeous or dreamy. Their goal is to seduce me. I don’t understand this change in culture but I am not going to complain. Finally there is something about the modern world that I find pleasing.

When I arrived home I put my hand in my coat pocket and to my surprise it contained a pair of dice. In the woods next to my house I could see the glow of eyes and the rustle of leaves in the trees above me.  My cat rubbed against my legs and mewed. The game is on. 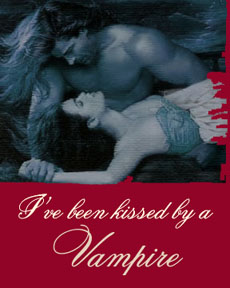 This is in response to a contest run by Evil Squirrel.

These were the rules:

1. The theme this year is games. I want some form of a game to be involved in your creation. Anything that involves competition between two or more participants is allowed… board games, sports, multiplayer video games, children’s activities… etc.

2. Since we don’t want any solo gaming, your creation must include at least two characters… and they must be at least two different species of animals (and while your entry may contain humans, they do not count towards this two species requirement. Fictional animals, such as unicorns, do count towards this requirement). Note that your creation may have as many characters as you wish, just so long as there’s at least two different animal species represented.

There are a lot of other really great entries. Please check out the link below or CLICK HERE to see all of it.

And thanks ES for another fun contest.