Your voice was loud

Your mind was brilliant

But it could not shine.

In a different ballroom

Under the oak trees and stars

In jeans and a sweater

Hair down your back

That are your own. 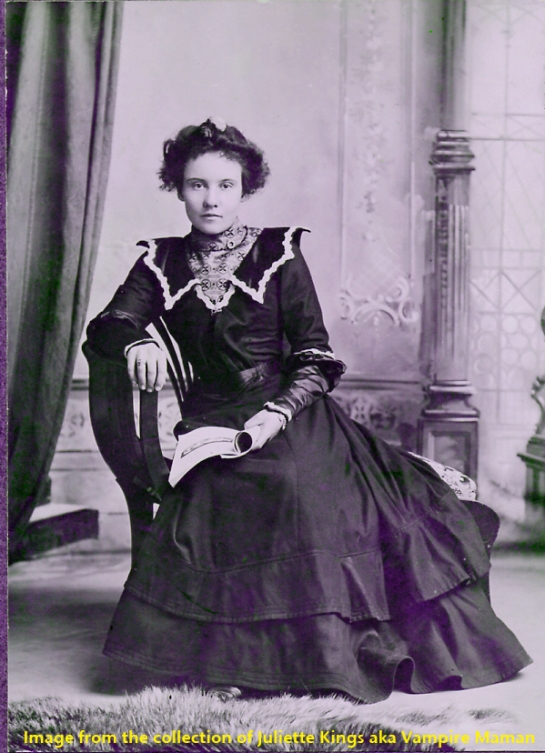 I was out on my back deck this morning holding my cat Oscar close because I love him. I love the feel of him, the way he hugs my shoulder and purrs. He is so warm and soft (like a rabbit). I heard a noise and looked out in the field to see a coyote trotting along. Oscar tensed up but held on, not with his claws but like a small child would. We both watched the coyote. It glanced up at us then turned and trotted of the way it had come. I held Oscar tight and told him “Come in before somebody eats you.”

Warm things are nice, especially if one is a Vampire. Don’t get me wrong, I love a cool touch but, anyway, I thought of my lunch meeting with Jack, my regular lunch date and regular human. He also knows I’m a Vampire a fact that has complicated our once simple symbiotic relationship.

Jack was out of his shirt, my hands were on his shoulder. He kissed me lightly and pulled me down next to him on the couch. My kiss moved to his neck and just as I was about to sink in my fangs Jack says, “Stop, I can’t do this today. I’m giving in a blood drive tomorrow. They called yesterday needing my type.”

I stood up and sort of tried to think of some witty thing to say. Jack came to me and pulled me close. “I know you like my warmth. Let me share that with you.”

I ran my hands down his arms, over his chest then around his waist, setting my face on his shoulder. I could hear his heart beating.

Then Jack said, “I saw your blog.”

That shook me out of any dreams of blood lust or any other kind of lust.

“Which one?” I had to ask for this isn’t the only one.

“Vampire Maman, musings of a Modern Vampire Mom. I liked it. You write just like you talk.” He went on to talk about his favorite posts and how he liked the short stories and the parenting stuff and writing on the ancient and elderly. He liked the humor (thanks Jack.) He said I was right on target.

“Good.” I said that not knowing what else to say at the time. For a rare moment I just wanted to be quiet. OK it isn’t that rare, but at that time I just wanted still. Like when he’d found out I was a Vampire I was feeling a bit exposed. I wanted run.

But I stayed. I held him close, because sometimes just something warm is nice. He turned me around to face a mirror. His image was clear. My own Vampire image was a shadow or like a ghost. It was like the image in a daguerreotype that vanishes when turned or shown in the sunlight.

“Look at my eyes, in the mirror and I’ll become clear.”

We stood there looking at each other in the glass, so different, yet connected in our weird way. My image became as crisp as his, as so did my nerves.

We talked a little more about our kids (school starts tomorrow) and other odds and ends of everyday life. I guess it is those odds and ends and kids that make it all clear for us.

Just like with Oscar, I suddenly felt protective and wanted to say to Jack “come in before somebody eats you.” I kept that thought to myself.

As I left he gently kissed me again, as he always does. He didn’t say he’d keep checking the blog because he knows me well enough to know that the uncomfortable truths are always wrapped up in lies and disguise, but in the light of the day it is like a warm hug or a kiss that brings it all into the light, or at least makes me feel like I can be clearly seen.

The song played at random from the USB link Sync in my car. It is music that seems so ancient and unfamiliar to my kids, to most people, since it wasn’t as popular as a pop song full of love and the promise of sex or angst. It has stuck in my head all week. Not like the dance music at the roller rink, but in a haunting way that brings back memories that go back far before the song was written.

Follow the light of truth as far as our eyes can see.

As far as our eyes and hearts can see.

I sat on my deck, the husband and kids off in the night with friends.

A cold wind came across my face and I looked up to see the Ghost looking out over the oak trees and the meadow beyond.

“You have a point Ghost.”

The Ghost looked at me sideways and gave me a rare smile. “You know the light of truth, we both do.”

“Maybe,” I said, “maybe everyone does somewhere locked inside.”

Who knows where the road may lead us, only a fool would say
Who knows if we’ll meet along the way
Follow the brightest star as far as the brave may dare
What will we find when we get there

Then the angry skies, the battle cries, the sounds of glory
And for all those years our eyes and ears were filled with tears

I read this to my children when they were young and I still love it. Forget them. I love it.

OK, I know you came here for vampire stuff. Blood, lust, gore, sex, more sex, adventure, wit, beauty, tits, more blood and lust…I get it. OK I really do get it. I’m into all of that too, but it’s been a long night and I’m drunk on fresh hunts (blood ok) so Juliette, vampire maman, just wants a little silly poetry charm. Work with me on this. You’ll thank me for it later.

Blood, lust, passion, desire, parenting advice, ghosts, vampires, werewolves and paranormal romance ALL to come next week. I promise. Really I do. Just read the poem. Let me share.

THE night was thick and hazy
When the ‘Piccadilly Daisy’
Carried down the crew and captain in the sea;
And I think the water drowned ’em;
For they never, never found ’em,
And I know they didn’t come ashore with me.

Oh! ’twas very sad and lonely
When I found myself the only
Population on this cultivated shore;
But I’ve made a little tavern
In a rocky little cavern,
And I sit and watch for people at the door.

I spent no time in looking
For a girl to do my cooking,
As I’m quite a clever hand at making stews;
But I had that fellow Friday,
Just to keep the tavern tidy,
And to put a Sunday polish on my shoes.

I have a little garden
That I’m cultivating lard in,
As the things I eat are rather tough and dry;
For I live on toasted lizards,
Prickly pears, and parrot gizzards,
And I’m really very fond of beetle-pie.

The clothes I had were furry,
And it made me fret and worry
When I found the moths were eating off the hair;
And I had to scrape and sand ’em,
And I boiled ’em and I tanned ’em,
Till I got the fine morocco suit I wear.

I sometimes seek diversion
In a family excursion
With the few domestic animals you see;
And we take along a carrot
As refreshment for the parrot,
And a little can of jungleberry tea.

Then we gather as we travel,
Bits of moss and dirty gravel,
And we chip off little specimens of stone;
And we carry home as prizes
Funny bugs, of handy sizes,
Just to give the day a scientific tone.

If the roads are wet and muddy
We remain at home and study,—
For the Goat is very clever at a sum,—
And the Dog, instead of fighting,
Studies ornamental writing,
While the Cat is taking lessons on the drum.

We retire at eleven,
And we rise again at seven;
And I wish to call attention, as I close,
To the fact that all the scholars
Are correct about their collars,
And particular in turning out their toes.

Charles Edward Carryl
http://en.wikipedia.org/wiki/Charles_E._Carryl
Why vampires like poetry and why YOU should too.