I am honored to share a Christmas Story from my friend David. Prepare yourself for a real Christmas treat with this new Holiday Classic! ~ Juliette

St. Anne’s orphanage was the only home I ever knew till I went north years later. The place was crazy; a lotta little midgets running around makin’ a lotta noise. I guess I was one of ‘em, except I was no midget – I was an elf. I stayed in that place for 30 years until they figured out I wasn’t no kid! So I packed my shit up and hit the road. I joined the army for a while, got into some action at Omaha Beach even. After dat, I never trucked with the military much.

I joined the circus for a while – but the bearded lady and I didn’t get along. The fact was, I couldn’t stand life on the road livin’ wit all them freaks – I was longing for a fambly, if you get my meanin’.

One night, Christmas Eve if you gotta know – I was on the roof of my tenement building because my landlady didn’t like my cigar smoke. She always whiffed it through the vents and complained so I went up on the roof. I was feeling lonesome as hell too, wit the snow fallin’ and all streets quiet and empty. To be honest, I crawled out on the ledge. I was thinkin’ of just ending it. I was just a lowly Elf, livin’ off racetrack bets and scroungin’ for handouts.

I was a Bronx kid, though. I couldn’t do it. Plus, that street looked like it could hurt a guy real bad falling from dat height.

I went back on the roof and finished my stogie, lookin’ up at the twinklin’ snowy sky. It was damned cold. I never felt so bad in my whole life.

I saw sumpin’ then, over the East River. Looked like plane or some kinda flying object. I tracked it for a while and realized it was comin’ right towards me! I ran back and ducked behind a ventilator shaft.

I heard bells, and some guy yelling. I heard da soft thump of somethin’ landing.
Now don’t get me wrong – I ain’t no pansy or nuthin’ – but this was strange. I can deal with stormin’ a beachhead and all, but the unknown always unnerves me, y’know?

I peeked around the corner an I saw animals or somthin’, shakin’ snow off themselves. Everytime they did that, bells would jingle. There was some fat shmoe sittin’ in a red sled too. All of a sudden I hear my name!

“Charles! Charles! Come out from behind there!”

There was a silence as I was trying to figure out what to do.

“Who wants ta know?” I said after a while.

I peeked over my hiding spot and saw the lard-ass comin’ towards me. He was big – triple my size – but I figured if I bit his knee caps the odds would be evened out.
He stuck his head around the vent, and stared right at me.

“Charles! I found you!” he said. He had dis soppy smile on his face, what you could see of it anyway with that friggin’ large white beard.

“Charles! You must come with me! You don’t belong here. You belong up at the North Pole with the others!”

I looked at dis guy and thought he was nuts. “You shittin’ me?”

He straightened up and crinkled his nose.

“I’m afraid I’m not! You are an Elf, of the elfus smallicus genus. All my staff up at the North Pole is comprised of Elves. You see, you were given up for adoption by mistake.”

I looked up at the guy, and I could see he was tellin’ da truth. Others like me? Elves? For true?

Dat was the one and only time I cried – at least since that time I pooped my pants back at the Orphanage and the sister swatted me a good one.

“Come! You can help me give out presents tonight, then we can take you home,” he said. He wedged his large ass back into the sled, and I followed. There wasn’t much space between his girth and all them sacks’a toys for me to sit, but I managed.

He tole me about his toy making racket and all the right-offs he got for it. Pretty slick, I had to agree. We shot up inna sky and I was dubious about them moose things haulin’ us up into the stratosphere and all, but they maintained a good speed, except for the turbulence which I didn’t care for.

All night long we delivered them friggin toys, all over the damned world, Australia, England, and places I never hoid of, like ‘Canada’. I was so tired by the end, I thought I’d collapse. But this guy, Santa, he had a mini bar in his sled and I had a few shots of whiskey. We delivered our last toy to some kid in Montana – a train set. We went down the chimney (I still couldn’t get over goin’ down them tings!). I was placin’ it under the tree when I heard a noise. I look over and see the kid peeking around the corner at me.

Not even ten minutes into our journey north I was out like a light.

So, I went to the North Pole. I met my mom! Saw all the udder elves like me. It was a happy homecoming, I gotta say. Still, I miss New York sometimes, even though I visit occasionally. I miss the smell of the Hudson, the rude people, the street vendors selling junk, Coney Island hot dogs, the racetrack, all of it. But it ain’t so bad up here; got lotsa snow, plenty of fresh air, and the pay is good. Made foreman a few years ago; I’m in charge of making them iPad thingies. Big responsibility. The uniforms could use some revamping, but y’can’t have everything, am I right?

I guess I didn’t do so bad after all, y’know?

For more works from David check out the links below: 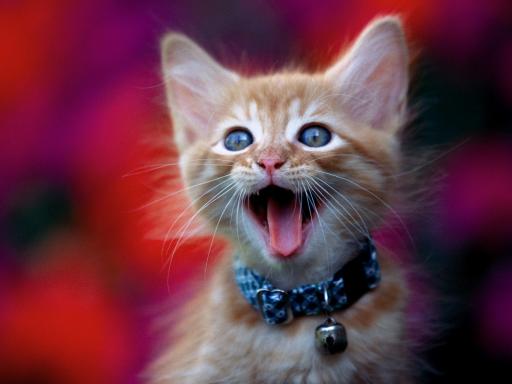