Friday the 13th: A Cosmic Adventure

This is a Friday the 13th post. Yes, I’ve been posting this for over 7 years with minor changes/updates. Have fun and kiss a black cat – and a Vampire if you’re so lucky. 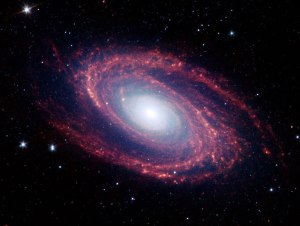 I wake with a cool hand stroking my hair. He kisses my neck and then covers my mouth with his. I pull the handsome man beside me in my bed closer. “You’re naked.”

He smiles. “I know.” And we both know the kids won’t be up for at least another 45 minutes.

Friday the 13th isn’t all that unlucky after all.

I was thinking about our conversations last night with the kids.

Voyager 1 has left the solar system but the signal is slow getting back to us. Against all odds we’re still hearing from our little embassadors in space.

My dad got his first telescope in the late 1850’s and we’ve been watching the night skies with close-up wonder ever since. There is something about being a small dot in a large universe that brings on such a sense of awe and wonder that can’t be explained away by reason or logic. And it is great fun! FUN.

And the speculation continues on what is out there, if anything. I’ve always thought it would be very sad indeed if we were the only planet with intelligent life. I’d like to think there would be more advanced places where every single day didn’t seem like Friday the 13th and ignorance wasn’t embraced like a cult like religion.

So now we just wait for someone from another planet to find the Voyager. I’m hoping it will be sooner or later. I can imagine one of them saying “Hey, they have Chuck Barry too!” Or maybe, “How’s they get Chuck Barry songs? Did they find our satellite?” How cool would that be. And don’t say it couldn’t be because we have so much to learn – there is so much we don’t know about our neighborhood and the universe we live in.

There was a long discussion about space with my husband and kids. That is one thing the Voyager has done – made people think and talk about stuff. Space, the universe, our roles in it, the idea that someone else is out there… good stuff.

I have to say there is nothing sexier than a man who spends a couple of hours talking with his kids about stuff like space and life and imagination and wonder – or anything.

Finding real life in Space, life we could communicate with would be literally earth shattering, or more human shattering.

I’ve imagined what would happen if the general population knew Vampires and Werewolves were real. Just imagine if someone from another planet dropped by for a visit. It is mind-boggling. It is exciting beyond belief.

Then one of the kids brought up the proposed Mars trip. A trip was proposed a few years ago in which the volunteers for the Mars trip would never return to Earth. That brings up all kinds of questions, including birth control, chocolate, boredom, lack of beach time, museums, and cats. Dogs too. I can’t imagine leaving cats and dogs behind forever.

That would be difficult to leave our home forever. There is an attachment we have that tugs us and keeps us here, like an emotional gravity.

We can’t breathe the little atmosphere on Mars. It is colder than cold. It is a harsh planet, but then again so is ours – thanks to humans.

But imagine going to live in Space and freely travel to other planets. How cool is that? It is the stuff of dreams – the ultimate dream. The dreams the cumulate in the reality of great science fiction books and films.

We talked about Vampires in space. That might be a logistical nightmare considering our unique dietary needs. It certainly would be a nightmare for our fellow space travelers if we were along. HA HA HA. That could be interesting. 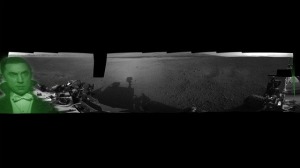 Is there life on Mars? You can Count on it!

We need to keep our dreams and work on making them a reality. Dreams of home and dreams of places far away in space.

After the kids left for school my husband Teddy said “I sometimes feel as if I’m an alien on my own planet.”

“You’re completely normal, for a Vampire. That’s why I fell in love with you.”

“There is nothing normal about us my love.”

Well, I thought, nothing is normal except our kids, thank goodness, but they’re our kind of normal which isn’t a bad thing.

Some random thoughts on Friday the 13th:

Favorite movies (of mine) about meeting someone from another planet:

Then anything by H.G. Wells, Issac Asimov, Philip K. Dick, Edgar Rice Burroughs, Jewels Vern, and Robert Heinlein. And of course Edgar Allen Poe’s The Black Cat (because it is Friday the 13th) and any of the Oz books (books not the movies – I love the movie but humor me and read the books – the ones after the first one.)

This is just a short list (since I have only spent about 20 minutes writing this post and haven’t thought it out too much). Feel free to share your favorites!

Happy Friday the 13th! Reach for the Stars! And don’t forget, even if you have to force them, talk with your kids! It’s fun – and FREE! 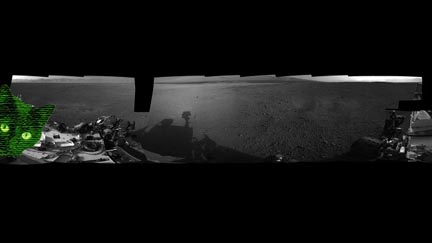 Proof of Life on Mars!