A life with a blog and children is a life of continuous interruptions. Add in a spouse and, well, good luck with any train of thought you might ever have forever.

I just realized, today that the first post on vampiremaman.com went live on April 12, 2012.

In the beginning I didn’t know the “P” word, and the “V” word carried so much emotional weight with readers. OK I’ll admit I knew the “P” word would. That is parenting. That is something I am firmly and completely dedicated to.

The “V” word, that is “Vampires” is something completely different. At first I had readers show disbelief. There were also Vampire “experts” who felt the need to tell me that I was wrong. Excuse me? As a mom there were only two words I wished to express to those yahoos and that was “fuck you.” But like a good mom, and even a better Vampire I refrained. Several folks told me that I was going to go to Hell without so much as a Do Not Pass Go. It makes one sort of think what motivates people to search out others and tell them that? Parenting 101 will tell you to teach your kids NOT to behave like that. Since then those kinds of assholes have ceased their yammering. I know all of you who blog know the type.

But enough of that. I have been so surrounded by love and support and community that it completely warms my cold Vampire heart. Completely!

Six years ago I started the musings of a modern Vampire mom. Six years. Wow.

My blog has grown from what I thought would be a few parenting posts, and maybe a bad poem or two.

My first guest posts in May 2012 were from Marie Williams the Half Pint Historian, and Mandy White, author of The Jealousy Game (a book about relationships that I recommend to everyone.)

In the summer of 2012 I started to blog about the TV show “America’s Got Talent and Cocktails.” The comments from the Vampire peanut gallery, plus cocktail recipes from my husband Teddy proved to be fun and popular with readers. I’ve continued the series every summer since then.

It was then that I also posted “Love Poems and Letting Go”, my first post about love letters and the teenage heart.

September 2012 brought the first appearance of The Ghost. Yes, that would be Nigel. Yes, he is still around, making snarky remarks and flipping me off every single chance he gets.

In October 2012 you were introduced to Tellias and Eleora the ancient Vampires. Like a lot of my readers I was raising children and taking care of elders. It is both frustrating and rewarding to be in the middle like that.

Soon after that came the most popular post on this blog, “How to Write a Response to a Love Letter (which is more fun if it isn’t addressed to you.) On some days over half the traffic on this blog comes from that post. Since then I’ve written quite a few posts about love letters. I’ve become the Queen of Love Letters.

On August 4, 2013 I first posted the story about my brother Andy called, “Dancing on the Beach.” I need to write a book about Andy and his crazy adventures.

Sometime around then I started the regular feature “Short Story Sunday”. Every Sunday you get a new story, or a good rerun.

2014 brought “The Hunter,” and the introduction of the Austin and Elizabeth series. He is a Vampire Hunter. She is a Vampire. Yes, it is complicated.

And in December 2014 I posted the first installment of Vlad’s “Vampire Diary.”

That is just a few of the regular features. I’ve written about taking your kids to rock concerts, school, a lot about bullies, helping your kids get through rough patches, and all of those things our kids go through until they reach adulthood and leave.

Now that my kids have reached adulthood they still need me. And I still need them. You never stop being a parent.

I continue to write about Vampires, Werewolves, Ghosts, and others who are different.

A long running occasional feature is “What we talked about this morning on the way to school.” Today I write about this feature with a heavy heart. Too often we talked about school shootings. Since 2013 there have been over 300 school shootings in the United States. There have been at least 43 in 2018 including Marjory Stoneman Douglas High School in Parkland Florida where 17 were killed, and today in Texas. I cried when I told my kids about the Sandy Hook School shooting. I still cry. It has to stop. It is happening in elementary schools, high school, and colleges. It is happening at concerts, in clubs, and you name it. The insanity needs to stop and you need to talk about it with your kids. You also need to VOTE and tell your 18+ year old kids to VOTE.

My main message here for parents always has been, and always will be TALK WITH YOUR KIDS. Don’t talk at them. Don’t lecture. Share and listen. Listen to your kids. There is a lot you can learn. Don’t shelter them. Don’t judge them. Be honest. Be firm. Be loving. Let them know that they can trust you and come to you with anything. They’re your children. There is NOTHING you need to be uncomfortable about. And even if you don’t agree with them, the least you can do is hear them out. Let them know that their opinions count. Let them also know that your opinions also count. Guide them, love them, hug them, treasure them.

And on a lighter note, this year I started the NEW feature “50 Burning Questions.” For fifty weeks, always on Saturday, I will be asking a BURNING QUESTION. On each post is a simple poll where you can check your answer. Comments and theories are encouraged. Check it out!

With almost 2,000 blog posts here there is a lot to read and something for everyone. I hope that in the next six years I’ll have another 2,000 posts to share.

Thanks for helping me make Vampiremaman.com a success. 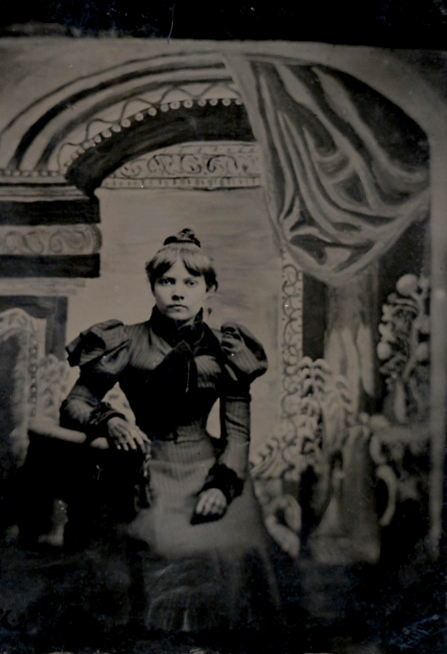