Bernie Watson, a self-acclaimed womanizer, always wanted to see Paris. One day he managed to travel to France after tediously scraping up the money he needed for the trip. In his imagination, Bernie saw himself sitting in the first class, sipping champagne and enjoying movies, a beautiful woman next to him. He was dreaming about standing on the balcony of a 5-star hotel with a breathtaking view over the city until he could see the Eiffel Tower and the Arc de Triomphe from far.

Reality looked a bit different. Bernie found himself in the middle row of economy, helplessly jammed between an angry tourist at the end of his vacation and a permanently eating eighty-year-old on the other side, with an ancient Pekinese on her lap.

When he arrived at the hotel, he found that the two-star hotel he had made reservations, was even older than he had suspected from the pictures. It was located in the most run-down quarter of the city. Bernie now wasn’t the most hygiene-fanatic on Earth, but after a trip of roughly 9 hours in an airplane, he still felt the need to shower. Usually, he would have used baby wipes to clean the worst, but they had removed them at the customs; the heavy accent of the man explaining the reason made it impossible for Bernie to understand, and he didn’t know where to buy them in France.

He undressed and stood in front of the mirror, looking at his body with appreciation. He didn’t see the pale, almost sick-looking skin that hadn’t seen the sun in the past forty-five years, the slightly protruding stomach, the flat ass, and the wobbly arms which all showed that he hadn’t seen a gym from up close for decades. Also, he didn’t see the missing hair on his lower chest that made his torso look like he was regularly wearing a bra…. But he found himself very attractive, and to him, that was enough, after all, only his own opinion was important.

He climbed into the shower cabin and found himself facing an old construction with two faucets, on one it said C, which he immediately concluded was ‘cold,’ while the other one said F, which he figured, must be the opposite… hot, or (f)arm with a typo… he was in France, after all.

Full of energy, he turned the ‘Farm’ and found himself showered with an icy stream of brown lava… as it was normal in an old building in Europe when the water fuses had not been used for a while.

Immediately ‘Louis XIV,’ his Sun King, resentfully withdrew into his hunting lodge… Bernie, of course, caressed his little king, knowing he had to be careful… after all, he was utterly dependent on his Sun King’s moods.

He, therefore, mixed himself a decently comfortable water temperature and continued showering… until someone in another room flushed the toilet…

In these old hotels, this process had an immediate effect on the water temperature by removing the complete cold water from Bernie’s shower within nanoseconds… He found himself in the boiling hot shower cabin. The door which had only jammed from the outside was impossible to open from the inside. Also, he had no idea that the re-fill of an old toilet tank in a two-hundred-year-old hotel room needed about 25 minutes.

Bernie, while having the hot brownish lava pelted onto his head, he realized, he had only one hand to turn off both faucets! With the other hand, he had to protect his Sun King as well as possible! Because in this country, where he was unable to speak the language, he would not be able to talk someone into helping him with his injured, burned sun king… 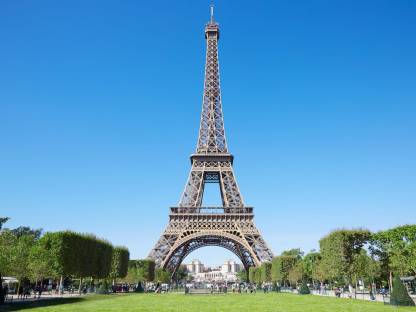 (This is a work of fiction. Names, characters, places, and incidents either are products of the author’s imagination or are used fictitiously. Any resemblance to actual events or locales or persons, living or dead, is entirely coincidental.)

Aurora Jean Alexander is the author of Demon Tracker. She also runs the blog Writer’s Treasure Chest – A blog for authors, about authors, written by an author. Check it out for interesting author interviews, books, and more about the art of writing.

Aurora Jean is one of my oldest and dearest blogging friends. I’m happy to share her work today.