My friend Kelly (a regular human) and I saw a bumper sticker that read:

She said “I’m pro-choice but I want to put a note on that car and tell the owner that I agree with them 100%.”

When Kelly (who is now 50 with two lovely kids) was in her 20’s a lot of women she knew had terminated pregnancies.  It was never an easy choice but it was a choice. More often than not it was because the guy (the one with the sperm) was a jerk.  That was Kelly’s experience.

“I never want that choice to be taken away from any woman for any reason. That said when I turned 30 I had two boyfriends who told me “If you get pregnant you’re having an abortion.” It was such a mean thing to say. They  more or less said “I don’t value you. I don’t value a future with you. I won’t be there for you if anything goes wrong. I don’t value your needs. And worst of all it said I don’t love you.”  And it wasn’t like we were poor kids. We were successful young professionals with good jobs and good credit ratings. What they said really hurt. When I met Derrick he wanted kids. He wanted MY kids. One of the old boyfriends  wanted me to get back together with him but I couldn’t do it. I didn’t want to marry Peter Pan. I needed a real man.”

I’m pro-choice but that choice is a choice of having a baby or not. It is deeply personal and no woman makes those choices lightly.

Girls – you’re responsible for your children. Before you get pregnant or even think about getting pregnant, think about who the father will be.

Ask yourself the following:

If the answer to any of those questions is NO then think again about your relationship and double up on birth control – or better yet, don’t have sex with him at all. 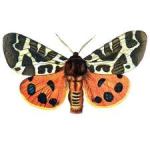 With Vampires it is a little different in how we pick our mates and who we have children with.  But so many regular humans take it so lightly and never think twice about having sex without birth control or a thought in their heads about having a child. Most people put more thought into what breed of dog they’ll get than having a baby.

Parents of ALL KINDS: Talk to your teens about BIRTH CONTROL and PREGNANCY, RELATIONSHIPS and SEX. Don’t judge your kids – just talk to them openly and honestly. Be the kind of parent you want your teens to grow up and be.

Also, any comments made with a lot of knee jerk hostility or whatever will be removed. Just bite your tongue and keep it to yourself or write our own blog.