It is now time for this week’s BURNING QUESTION. When I get to question #50 we’ll be at the end, or maybe not. Anyhow… 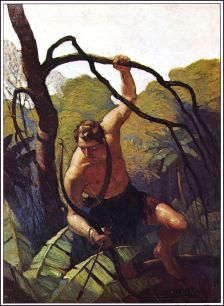 Don’t know much about Tarzan? Here, read this. I took it from Wikipedia. Tarzan (John Clayton, Viscount Greystoke) is a fictional character, an archetypal feral child raised in the African jungle by the Mangani great apes; he later experiences civilization only to largely reject it and return to the wild as a heroic adventurer. Created by Edgar Rice Burroughs, Tarzan first appeared in the novel Tarzan of the Apes (magazine publication 1912, book publication 1914), and subsequently in 25 sequels, several authorized books by other authors, and innumerable works in other media, both authorized and unauthorized.

Needless to say Tarzan took off like hot fudge on ice cream and was made into movies, cartoons, comics, and animated films. Everybody loves a sexy English Jungle guy, raised by apes. What heart isn’t melted by the thought of a wealthy Englishman who grew up as a feral child? Of course I did everything I could do to keep my kids from being feral children but that is another post.

But still, there is a burning unanswered question about Tarzan.

Look at ALL of the photos below of Tarzan. Do you see any trace of a three-day beard, or even overnight beard growth? No you don’t. Neither do I. 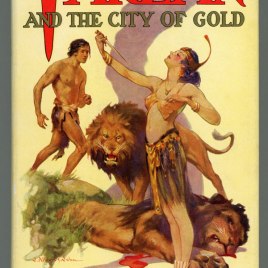 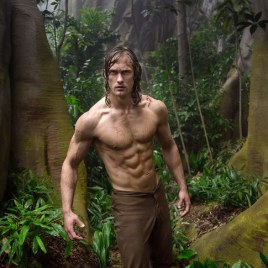 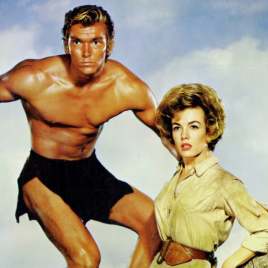 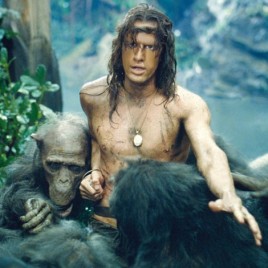 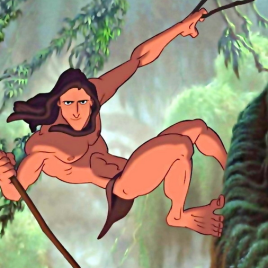 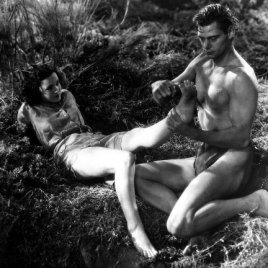 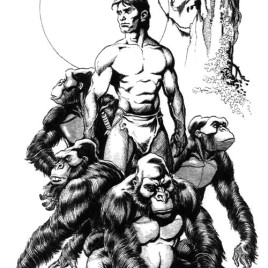 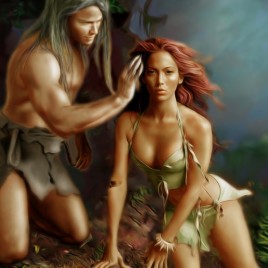 So what’s up with Tarzan? He is a hunka hunka burning Jungle Love but no chest hair, no beard, no pit hair. What’s under his loin cloth? OK we won’t go there today, but you know where I’m going with this (maybe you don’t but I’m not going to explain.) If you really want to know ask Jane. We all know she knows what is under his loin cloth.

Tarzan was raised by a bunch of apes after his human parents died. Apes don’t shave. They don’t have tools. They don’t have Amazon Prime so they can’t even order razors online, and if they could they wouldn’t use them to shave their faces.

And who taught Tarzan how to make a loin cloth, and what is that loin cloth made of?

But back to that handsome face… Does he shave? Did he keep his dad’s razor? Seriously the books and movies never mention anyone going potty, so he might be shaving off of the written page, behind the scenes. 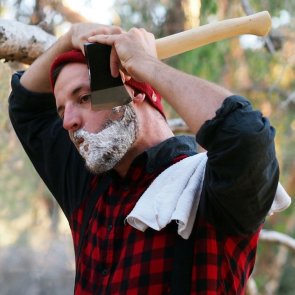 If Tarzan’s parents had left him in the Pacific Northwest or British Columbia he’s be shaving like this guy.

So answer the question. Yes or No. Does Tarzan Shave?

Now that you’ve answered the Burning Question we’re going to have a sing along. The first song always makes me cry. It is from the Disney Tarzan Movie. It is about Tarzan and his ape mom. OMG my eyes are watering up right now. The second song does not make me get all squishy but sing along anyway. Take it away Phil and Steve.

Did you notice I didn’t even ask about the six pack and I’m not talking about what beer Tarzan drinks. 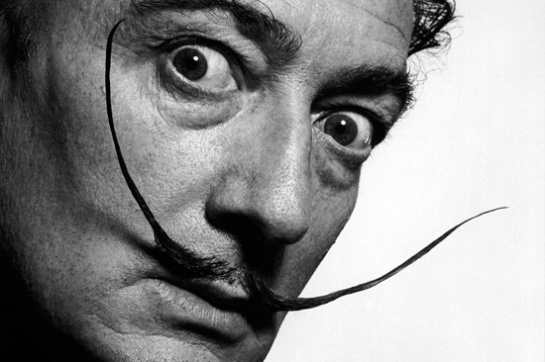